Family may struggle to bring body of Dunedin student home Kevin Lee. Photo: Supplied/Givealittle
The family of a Dunedin man who died while tramping last week are trying to raise money to bring his body home.

Kevin Lee (22) was yesterday named as one of two people whose bodies were found in the Makarora River last weekend.

The third-year University of Otago pharmacy student’s sister, Helen Lee, described him as having ‘‘a happiness that I’ve never seen in anyone else’’.

‘‘Every day he just wanted to go out and see something, do something, try something new.’’

An avid outdoorsman, Mr Lee was a member of the Otago University Tramping Club.

‘‘He loved the national parks around Wanaka and Queenstown, and he’d always go on hikes.

‘‘I’d never know where he was, because he was always somewhere different every weekend.’’ 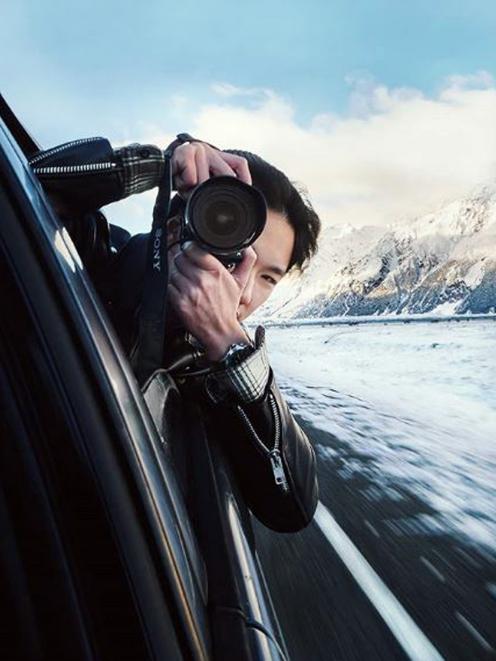 Kevin Lee, whose body was found in the Makarora River last weekend, was an enthusiastic tramper and photographer. Photo: Instagram

He was also a keen photographer.

‘‘He was really passionate about it.

‘‘It had to be the right angle and the right lighting, and he would take 100 photos so that he’d get the right one.’’

Their family had been finding it ‘‘really hard’’ since Mr Lee’s death, she said.

Miss Lee said she only learned her brother was missing on the day his body was found.

‘‘There’s no easy way to deal with things.’’

Adding to the stress was the financial cost of bringing Mr Lee’s body back to Auckland, where he was originally from.

Otago University announced this afternoon a memorial service would be held for Mr Lee at 3pm Monday, February 17, at the Holy Name Church at 400 King St Dunedin.

"Friends, class mates and fellow club members of Kevin are all welcome to attend.

"Obviously this is a very distressing time, so if you would like or need to speak to someone, please call Student Health on 0800 479 821.

"We also have a Chaplaincy Service to assist you and provide a listening ear."

Representatives from Student Health and the chaplaincy team would also be present at the memorial service on Monday.

On a Givealittle page set up today to raise funds, family friend Angus Loggie said Mr Lee's family could struggle financially to bring him home because his dad was unable to work due to health issues.

"As a strong family, they have always found ways to make ends meet. But with the sudden death, they have no money or assets for Kevin to be buried close to his family. Kevin is currently held at Dunedin Hospital Mortuary.

The family had been told it would cost $16,500 to fly Mr Lee to Auckland and bury him in a location accessible to his mum and dad by public transport.

"He touched the hearts of many and gave endlessly to his community."

Any extra funds would be donated to the New Zealand National Parks and Conservation Foundation.

Miss Lee said she was unsure who her brother had been tramping with.

Otago University Students’ Association president Jack Manning said in a statement that Mr Lee was ‘‘an avid and valued member of our university community, and a senior member of the tramping club’’.

‘‘He will be sorely missed by fellow peers.’’