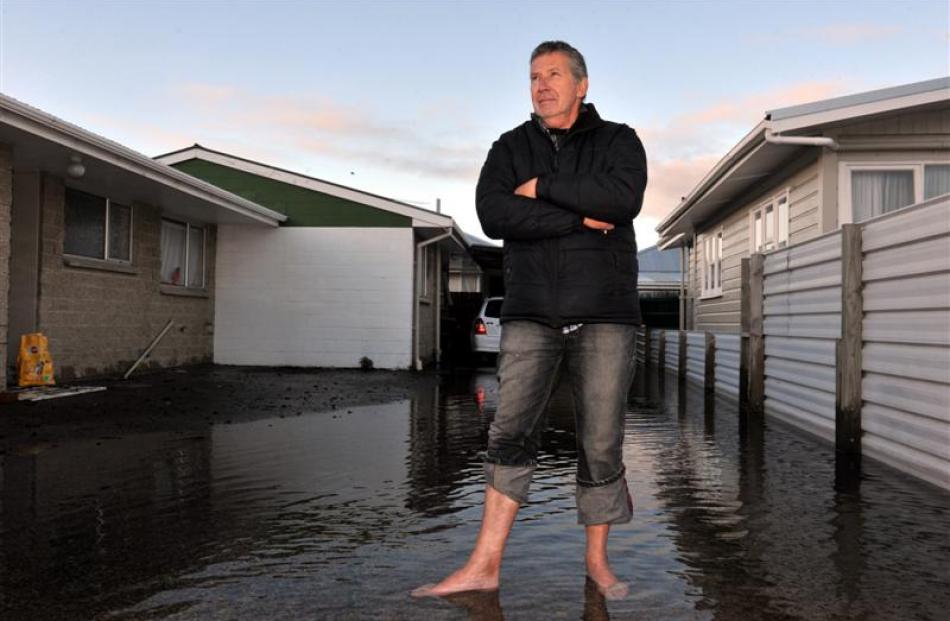 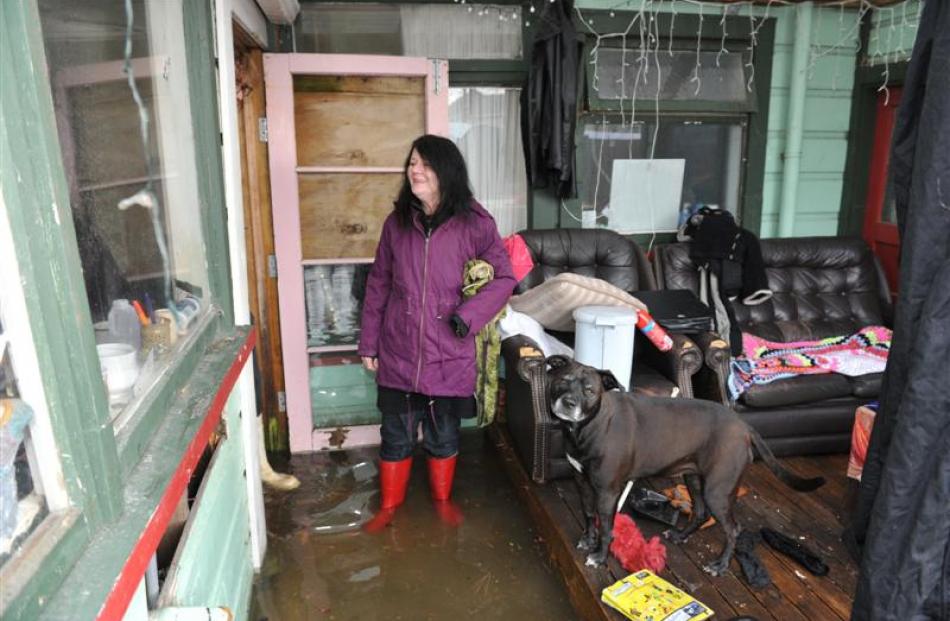 Debbie Donnelly and her dog, Twitchy, wade through the water which flooded her Nelson St home.

Reality sank in for dozens of South Dunedin residents yesterday as the extent of flood damage became clear.

Among those affected by the massive downpour which hit Dunedin on Wednesday was the Foster family.

They face the prospect of spending a week in a motel after being evacuated from their Burns St home.

The family was evacuated by the St Kilda Surf Life Saving Club after knee-deep water flooded the house.

Kevin Foster said there was little warning of the flood.

''We were just sitting there with our feet up, watching the TV, not knowing what to do or what the situation was,'' Mr Foster said.

''All it needed was for someone to say: `Look, it isn't going to get any better, you need to clear out'.''

He booked the family a motel room for a week after the evacuation as it was unclear how long the house would remain uninhabitable.

She said she planned to stay there last night as well as she had nowhere else to go.

Her house was insured but its contents were not, and she was unsure how to deal with all the water in her home.

''I'm trying to maintain a sense of humour, otherwise I am going to go na-na.''

Others narrowly avoided disaster. The water came within centimetres of getting under Prendergast St resident Geoffrey Cruden's door.

Across the suburb, neighbours helped those worse off, with one woman opening up her home to the 89-year-old man who lived in a flat inundated with water below her.

Nandan Rawat, from Tandooree Garden, was one of several business owners in Prince Albert Rd left mopping up yesterday morning.

Mr Rawat, who was helped by a passing family, said he emptied about 300 buckets of water from his takeaway shop, the entire floor area of which flooded.

Like many other South Dunedin business owners, he hoped to reopen today.