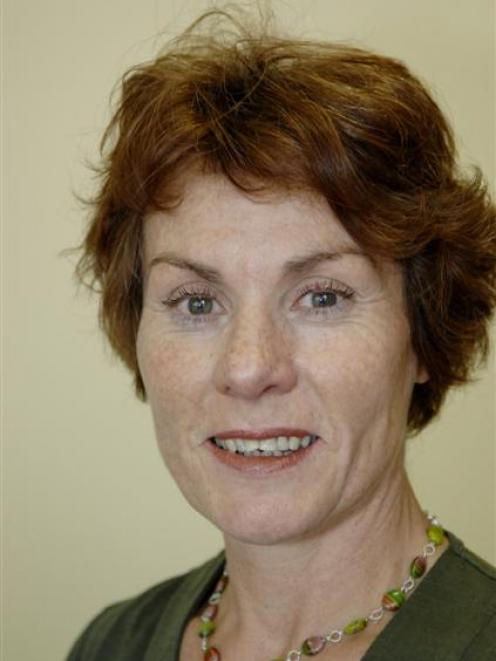 Dunedin City Council marketing and communications agency manager Debra Simes told the Otago Daily Times it was "unlikely" a permanent fan zone would be in place in the Octagon for the duration of next year's tournament.

Instead, easily assembled structures would be used to quickly set up and dismantle the fan zone as required.

"It's unlikely we will have the funding to set the Octagon up for the duration of the Cup.

The council had a $200,000 budget for tournament festivities, including turning the Octagon into a focal point for fans, and aimed to cater for drinkers and families wanting to watch the match on big screens, she said.

However, the council's efforts were being compared with smaller regional centres such as Nelson, also hosting pool matches, rather than Auckland, Wellington and Christchurch, she said.

Those cities would together host the bulk of the tournament's heavyweight teams and matches including the quarterfinals, semifinals and final.

"That does put them into another league in terms of the numbers of people that will be coming into their cities.

"We are certainly aware of what Auckland, Wellington and Christchurch are doing, but at this point we are round about the same point in our planning as other regions who have got pool matches," she said.

Practical issues, such as the positioning of outdoor screens and sight lines, were still to be resolved, and retailers and other groups - including transport operators using the Octagon - to be consulted, she said.

That meant plans were not expected to be finalised until September, she said.

One route would take spectators down lower Stuart St and along Anzac Ave to the stadium, while the other would take the crowds along George St and down Albany St, she said.

However, concern has already been expressed about council preparations for the tournament.

During last week's meeting, councillors briefly discussed a letter sent to the council by a member of the public, expressing concern at the Octagon experience during last month's All Blacks versus Wales rugby test.

Cr Fliss Butcher expressed alarm at its contents, but the debate was curtailed before details were divulged - at council chief executive Jim Harland's recommendation - until it could be discussed with bar owners.

Bar owners contacted by the ODT had mixed views, with Alibi Bar and Restaurant manager Brad Bosselman saying he and other owners were concerned at the lack of detailed council plans for the Octagon.

"They need to get something planned as soon as possible so everyone knows.

"We don't know what we can do with our outdoor areas yet.

Mr Bosselman said the layout of the Octagon during last month's Wales rugby test had been "absolutely Mickey Mouse", with security barriers turning the area into "a sheep pen", and that the council's $200,000 budget should be increased.

"I certainly have no concerns at all with the Welsh test. I thought the Octagon went well."

Bar owners had "no influence" over council plans, but forum member and Octagon bar owner Grant Ellis had been invited by the council to sit on its tournament planning committee, which had met several times, Mr MacDonald said.

"The time is approaching, but the council have an obligation to provide a fan zone.

"Until we know some details it's hard to form an opinion."

That said, with a small army of travelling English rugby supporters expected to follow their team to New Zealand, and Dunedin hosting one of the team's matches, it was important plans were in place, he believed.

"They are coming . . . we have to start thinking about how we are going to cater for them."