Some of the biggest changes in Dunedin’s bus network system for more than 20 years, including changes in at least six weekday bus routes and a simplification of  fare zones take place on Monday.  Reporter John Gibb reflects on some of the benefits for the city and on some recent disputes over public transport. 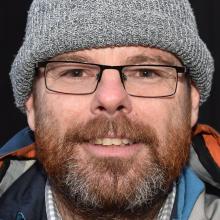 Alex King.
Planned major changes in Dunedin’s bus network are "overwhelming positive" and "a vote of confidence" in the city’s future.

And the many bus route and zone changes that will take effect on Monday were "very positive steps" and would help, over time, make Dunedin a more attractive, vibrant and liveable city, Mr King said.

He said the changes were part of a wider series of continuing transport improvements that would flow into next year and beyond.

The city already had a good bus transport system but allowing free transfers within a zone and making bus routes quicker and more direct would encourage more people to use the buses.

Bus use encouraged people to walk more, to and from the buses, and to use their bicycles, knowing that eventually all buses would be equipped with bike racks. 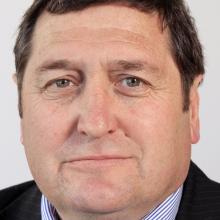 Gerard Collings.
Significant health benefits for individuals and the wider population would flow from that, he said.

There will be new weekday evening and Sunday services not only for those routes, but also for Balaclava, Concord and Shiel Hill, the Otago Regional Council has said.

ORC support services manager Gerard Collings said the move towards simplified routes and and a simplified fare structure, with fewer fare zones, aimed to make the network easier to understand and use.

"A new fare structure reduces the number of zones from seven to five, making it easier for users to see how much it will cost to travel to their destination."

Go Card users could transfer between routes within the same zone with no extra charge for that section, removing the charge for changing services under the present fare structure, he said. 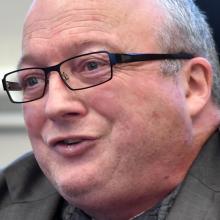 Chris Ford.
However, a 30-minute time limit from the time of the passenger’s scheduled arrival applied to transfers.

The revised routes, timetables, and zones are part of a series of changes.

"We understand that changes to the network will cause some inconvenience as users adjust to new services, however the overall changes will make it easier for people to plan their travel," he said.

Mr Collings said  the planned  changes were not yet complete, with the Monday bus route changes lifting to 40% the percentage of routes changed to make them faster and more direct.

The first of these changes affected the southern routes, from July 1 last year, with a more direct express bus service operating through a Green Island "super stop".

"I wouldn’t want people to think this is the last step in the process," he said.

There were still "significant improvements" to come, including changes to the other 60% of routes,  which would take effect early next year. 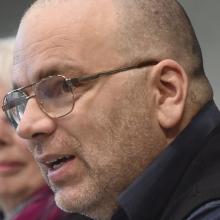 Peter Dowden.
A central city bus hub, initially planned for this year, was now scheduled to open in the middle of  next year, he said.

Some  changes have  come under fire from southern route passengers,  who presented a petition  signed by 400 people to the council earlier this year, urging them to restore the  route  between Green Island and South Dunedin.

The ORC has since proposed adding a Concord-Green Island bus link, but that has not satisfied opponents.

Some Belleknowes passengers have objected to a reduction in the frequency of  weekday off-peak services (between  9am to 3pm).

Mr Collings acknowledged there had been debate and criticism of some of the changes.

He said  feedback would be carefully taken into account.

"We don’t see criticism as criticism.

"We see it as feedback.

"At the end of the day, this is our customer base we’re talking about," he said.

Chris Ford, kaituitui (co-ordinator) of the Disabled Persons Assembly NZ’s Dunedin and districts branch, agreed with Bus Go Dunedin that Monday would be a positive day for bus users.

He was pleased more super-low floor, wheelchair-friendly buses would enter service over the next 12 months.

He said he hoped the ORC would continue to engage  over concerns over the loss of the Green  Island-South Dunedin route and over the Belleknowes route.

Highlights of the changes were two "rapid" high-frequency routes and that almost all other services would run at least half-hourly.

For most people, bus use would be "a great deal cheaper" from Monday, Mr Dowden said.

The big message was ‘‘get a Go Card [electronic bus ticket]’’.

This was because cash fares were being increased considerably.

Bus Go  supported the electronic tickets  because cash fares slowed down boarding of passengers, "which makes it worse for everyone".

Poverty remained a barrier  for some people.

Mr Dowden said he hoped the council would look again at the idea of Community Services Card discounts, which would cover of "far greater range of beneficiaries and other low-income people" than at present.

Dunedin clearly could have "world-class public transport" because it had been done before.

"The city was a global pioneer in cable and electric trams and then in trolleybuses, with world-leading technology in all three modes."

Mr Dowden paid tribute to the ORC’s success in achieving "constant gradual improvement" in the city bus service over a long period.

Dunedin’s low-floor bus fleet was "one of the most accessible bus fleets of any city in the world", he said.