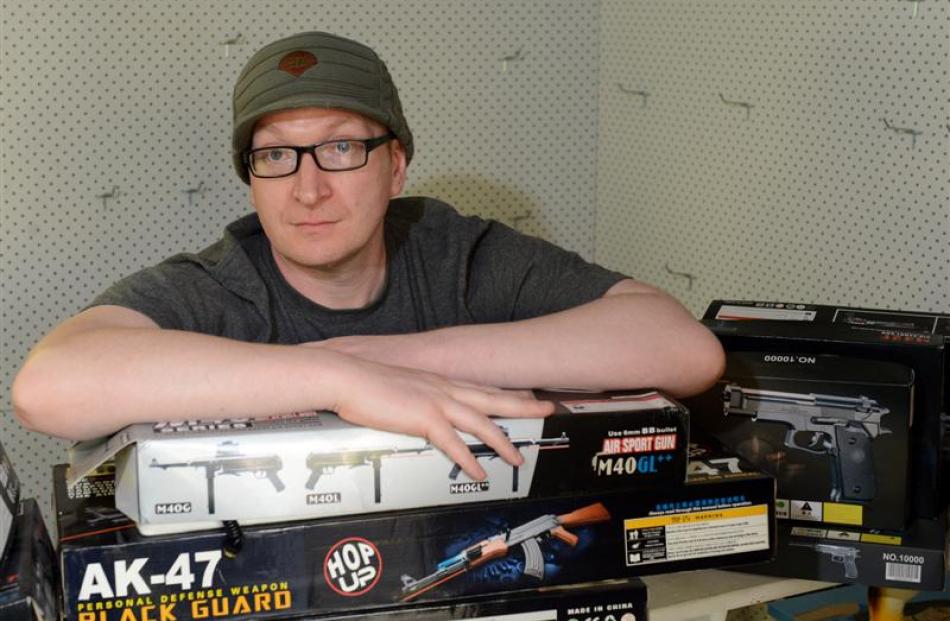 Northeast Valley man Sam Sharpe in front of a garage wall where he had stored his replica gun collection. Photo by Linda Robertson.

A Dunedin  man whose replica guns were stolen from his garage hopes they are not used for ''something stupid''.

Sam Sharpe (41) noticed his collection, worth about $1300, was missing from the wall of his Northeast Valley garage on Wednesday.

While it was ''a pain'' the replicas had been taken, Mr Sharpe's real concern was what they might be used for.

''I'd hate to think that somebody was going to do something stupid with them.

''That would really upset me.''

Mr Sharpe said he had left his garage door unlocked at times on Monday and Tuesday because he was home.

It appeared the guns had been taken while he was at the house, he said.

While it was most likely the guns would be sold, there was a possibility they could be involved in something far more serious, he said.

''When it's something like this, it makes me think of the possible repercussions.''

Mr Sharpe said he feared for anyone who was seen by police with the replicas and was shot at as a result.

''I wouldn't even want that to happen to the person who took them.

Police have warned the thief not to take the replicas out in public.

They were also concerned the burglar may cause alarm and distress following the shooting threat made against the University of Otago last week.