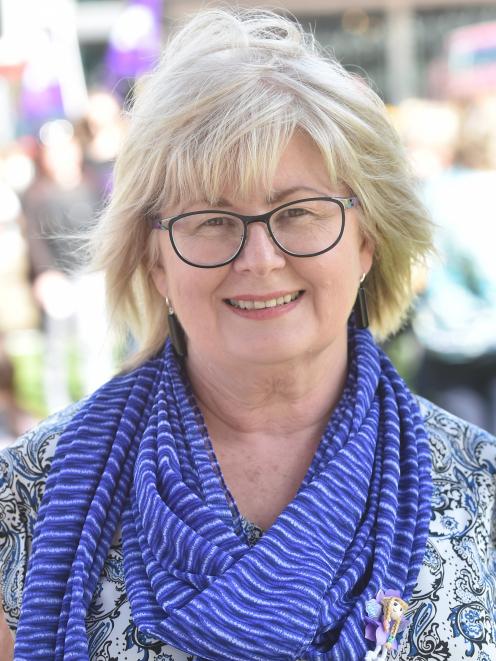 Maureen Donnelly
No Dunedin lead maternity community (LMC) midwives are accepting new clients for December and January, a situation a local midwife fears will become the norm because of women leaving the profession.

Women expecting to give birth during that time who have not found a midwife have been assured by the Southern District Health Board that someone will care for them.

"I have been an LMC in Dunedin for 20 years, and have watched a lot of the local community midwives walk away," Ms Donnelly said.

"There are not enough midwives now - the whole workforce is going to break down ... It breaks my heart, but you could see this coming a long time ago."

An SDHB commissioners' meeting this week was told "significant" numbers of women were now unable to find LMC midwives in Dunedin.

"Unfortunately, there have been some LMC midwives here, and elsewhere, who have ceased practising in the community and currently some women are unable to engage a community midwife and their total care is being provided by a DHB-employed midwife."

A small number of women had care provided by DHB midwives during the holiday period last year, and Queen Mary Primary Clinic would be available this year for women without an LMC, Ms Humphries said.

"We continue to actively seek options to provide appropriate care for new and expectant mothers and their babies across the district and women should be reassured that safe and effective care is available to them."

College of Midwives chief executive Alison Eddy said the School of Midwifery at Otago Polytechnic had traditionally kept Dunedin well stocked with midwives, but that was no longer the case.

"Midwives are underpaid, undervalued, and the sector is becoming unsustainable," she said.

"Mothers are the innocent bystanders in all of this and it absolutely breaks my heart. It drives midwives to despair as well because they are professionals with a passion for what they do."

The College of Midwives took the Government to court in 2015 over midwives' wages, a case which remains unsettled but which is anticipated to be concluded by mid-2020.

"It's not all doom and gloom - there has been some progress - but there is still a long way to go," Ms Eddy said.

"It has been such a protracted process and it has just been too long for some, with no certainty of what awaits at the end."