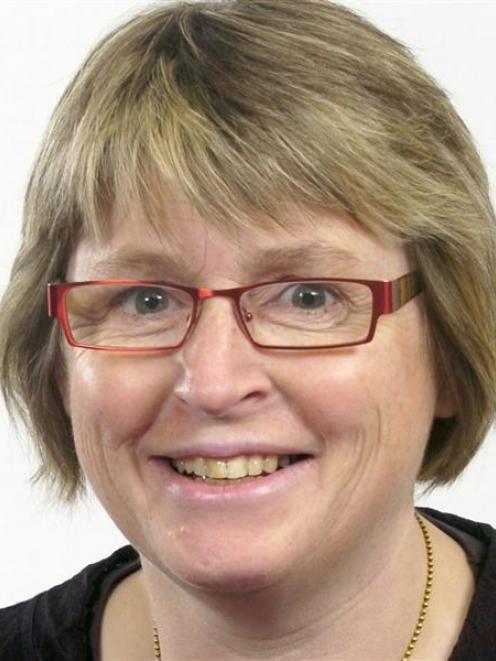 Kate Wilson.
A sinking-lid policy on poker machines in South Dunedin has passed its first hurdle at the Dunedin City Council.

The council's gambling and TAB venue policy hearings subcommittee, which considered whether to impose a cap on the number of pokies in the city, has unanimously voted to recommend a sinking-lid in South Dunedin and a cap, set at the present number of machines, for the rest of the city.

The sinking lid in South Dunedin would reduce 12 gaming machine venues in the area to a maximum of five, and the total number of machines from 168 to 50.

It would apply to venues in the city south of State Highway 1 between Caversham and Andersons Bay.

Committee chairwoman Cr Kate Wilson said visits to various gaming venues in the city and discussions with operators and patrons had ''opened [the committee's] eyes'' to the issues around pokies. It had become particularly concerned by the apparent lack of rigorous controls on the activity.

After hearing from various submitters, it also questioned the disparity between the industry's oft-touted number of problem gamblers officially excluded from Dunedin venues - about 40 - and the number of people seeking help from organisations such as the Salvation Army's Oasis programme, which at any given time was working with 300 people with gambling issues.

Deputy mayor Chris Staynes said that indicated the problem was not being acted on by venue operators, despite it probably being quite obvious when someone had a gambling problem.

''It seems to me there is not enough at the edges to protect these people.''

The council, however, had no power to do anything about that, so the committee also voted to write to the Department of Internal Affairs, which was responsible for enforcing gambling regulations.

The letter would express concern about issues such as the apparent lack of regular compliance checks or enforcement at venues and the need to ensure proper training of venue staff, as well as other things that would ''really start to put venue operators on their toes'', Cr Staynes said.

Cr Wilson said the decision to recommend a sinking lid only in South Dunedin stemmed from evidence the committee read and heard from submitters on the amount and effect of gambling being worse in more deprived areas.

Of the 518 pokie machines in Dunedin, one third (168) were in South Dunedin, the area of the city that ranked highest on the deprivation index.

A sinking lid means poker machines can not be relocated when a venue closes and no new machines can be installed.

Before the committee began deliberating, it heard from Campbell Wilson, of the charitable gaming trust Southern Trust, who argued a sinking-lid policy would threaten the funding that went to community groups from poker machine spending.

Sara Epperson, from the Problem Gambling Foundation, then told the committee a sinking lid would give the council and community plenty of time to work out how to cope with that.

Without change, the question inevitably became about how prepared a place was to continue taking from low-income areas to give to what were often affluent community organisations.

''And that's not a comfortable question to be asking.''

If the money stayed in a community in the first place, instead of going into a poker machine, there might be less need for community funding.

The committee's mixed policy approach was confusing, as it clearly recognised the harm gambling was causing, but still decided to limit its response.

Overall, it was a healthier policy for the city to have, she said.

The recommendation will now be debated by the full council.