Finance for review of Sammy's accelerated 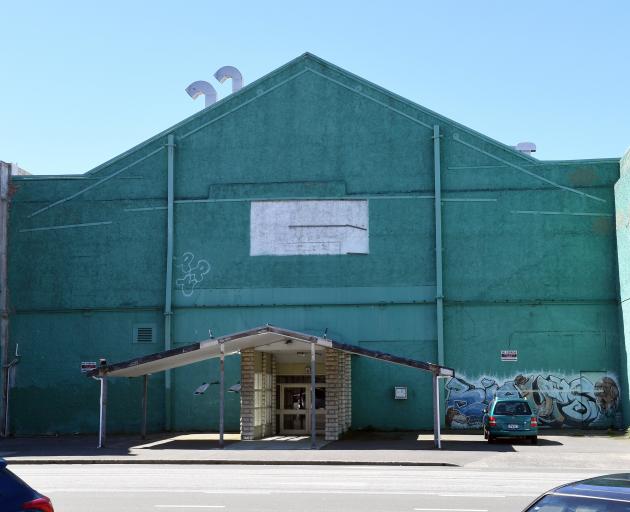 The former Sammy's building in Crawford St. Photo: Stephen Jaquiery
The Dunedin City Council is bringing forward spending on Sammy's to better understand its condition and where it can fit into the city's performing arts landscape.

The council's draft 10-year plan already included $5million in the 2020-21 year as a placeholder budget for work on the building.

Yesterday, Cr Aaron Hawkins won support for a change, bringing $1million of the funding forward to the 2018-19 year and the remaining $4million forward to 2019-20.

The money would fund a review of the Crawford St building's condition, and an assessment of the work required to bring it up to standard, council community services general manager Simon Pickford said.

But it would also help pay for a wider review of the city's existing performing arts infrastructure and how Sammy's could fit into that landscape, he said.

As it stood, the council had no funding budgeted over the next two financial years to pay for any of that work, he said.

''It will be quite good to be able to have that money in year one [of the plan],'' Mr Pickford said.

The council had already consulted the community on options for the building, which showed strong public support for returning it to a performing arts centre.

A wider review of the city's performing arts landscape was also a key next step in the city's arts strategy, Ara Toi Otepoti, but had been given new impetus by the sudden closure of the Fortune Theatre, he said.

Cr Hawkins said the council had already committed to looking at Sammy's as a performing arts centre, and provided funding for it, but was yet to decide exactly what that future would look like.

The budget change would allow work on that to begin sooner, he said.

Cr Christine Garey backed the resolution, saying it would send a signal the council was ''serious about the arts''.

''This gives us the opportunity to demonstrate that.''

Cr Kate Wilson said the investment would also generate economic returns for the city, and it was essential to save the building given its location in the heart of the Vogel St precinct.

Cr Andrew Whiley disagreed, saying he would ''really struggle'' to approve the change without more information about the likely costs of the wider Sammy's project.

Mayor Dave Cull pointed out the council had already voted to save the building, but could not decide how best to do that without first completing the work now requiring funds.

Looks like another DCC money pit, to be a burden for rate payers, for years to come. This council starts out small, only $160k or so buy a dilapidated property of little architectural value and then they spend, spend, spend....I wonder who is paying who, why and what for ? with these types of decisions...

I am disgusted with the wastefulness of the council.