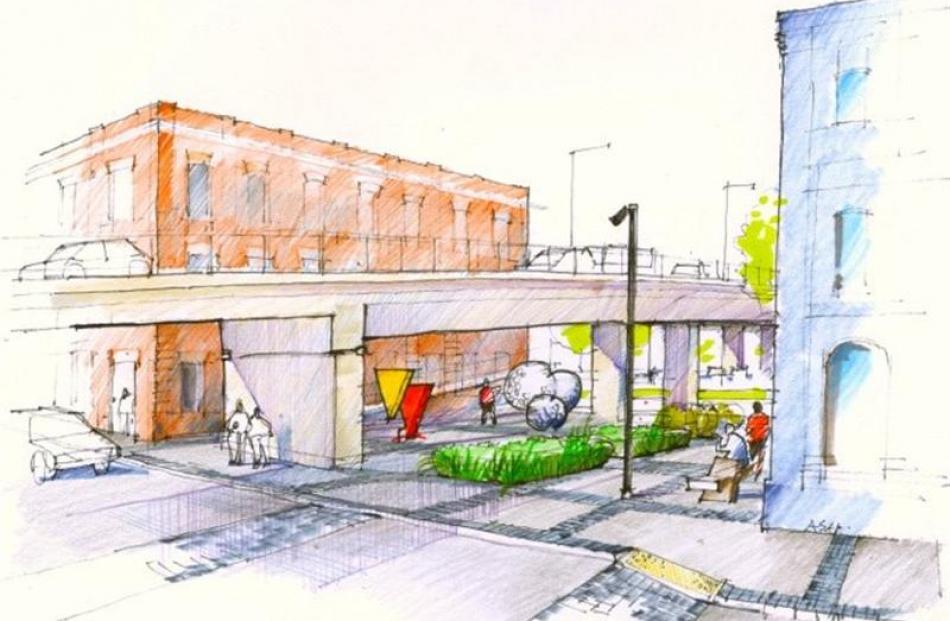 A plan to create a new pedestrian-only space in the heart of Dunedin's warehouse precinct has run into opposition from the New Zealand Fire Service.

The Dunedin City Council's preferred option was to close two one-way sections of Jetty St, below the Cumberland St overbridge, to create a new pedestrian-only ''public realm'' in the warehouse precinct.

The plans were endorsed for public consultation by the council in May, resulting in 45 submissions mainly in support of the change.

However, 13 submitters opposed the planned change, including the Fire Service, which worried about reduced access to an area that was growing.

The submissions will be considered when the council's hearings committee meets tomorrow.

Beca planner Alice Burnett, submitting for the Fire Service, said a better option would be to make no change, or alternatively to introduce a ''shared space'' that maintained vehicle access along both sections.

That would be important as the warehouse precinct continued to be reinvented as a home for apartments and other developments, she said.

''As development intensifies in the warehouse precinct, the risks associated with structural fire will also potentially increase, not only for individual properties but also for properties in close proximity that could also be threatened if a structural fire was to occur.''

The Fire Service's preferred options would allow continued use of Jetty St by fire appliances, either to reach the warehouse precinct or as a thoroughfare to Crawford and Cumberland Sts, she said.

''In the interests of enabling the NZFS to carry out its responsibilities in protecting life, property and the surrounding environment from structural fire damage, the NZFS requests that the interests of the NZFS be strongly considered.''

Others to oppose the change include Cory Barnes, who said pedestrianisation of the street would ''benefit so few and hurt many more, including local businesses''.

Anna Hughes is also against the change, saying enough ratepayer money has been spent on ''non-essentials''.

''I'd like to see this money put into debt repayment and resilience-building for the future of Dunedin."

However, 27 of the 45 submissions support the preferred option, as do another two with amendments.

The existing road configuration was an ''extreme hazard'', and closure to vehicles would encourage private property owners to invest in further improvements in the area, he said.

''This creates a safer and more vibrant place. The further upgrade of adjacent buildings will see the creation of jobs and the reuse of tired buildings.''

Rua Haszard Morris, of ADInstruments, is also ''wholeheartedly in support'' of the preferred option, including the beautification of an informal car parking area under the overbridge.

''A small park in this area would be of immense benefit to those who work, live, visit or pass through the area.''