First thing is to listen to people, then work together for change

By Chris Morris
0 Comments
What do you know about the 14 candidates contesting the 2019 Dunedin mayoral elections? City council reporter Chris Morris puts the questions to Bob Barlin. 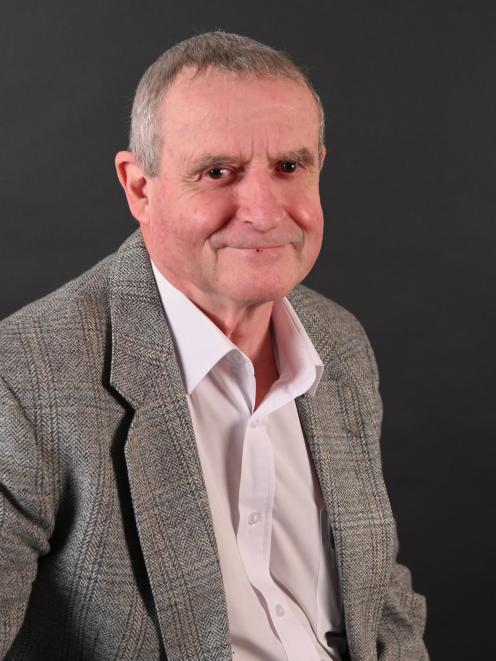 Bob Barlin's resume details a long career of service to others - first with the New Zealand Army, and later while working overseas for the United Nations and Red Cross.

Now, after moving back to New Zealand and settling in Dunedin in 2002, he drives a taxi - but still harbours a desire to help the city he calls home.

Mr Barlin says that, if elected mayor, he would begin by listening to the people of Dunedin to learn about their concerns.

I want to listen to what their concerns are, and I mean that seriously. When you work in the army as an officer, you listen to what the concerns are of your soldiers and your NCOs and everybody else. When you're working in aid agencies around the world, you're certainly talking to people all the time, finding out what's happened, what's going on, how can we help, what's needed?

The reason I would really like to serve is because I want to listen to people, I want to find out what worries them, and then I want to actually be seen to be doing something about that.

I have got a lot of ideas ... I've travelled extensively and I've seen things overseas that would really fit into this place really, really well.

I'm prepared to listen to everybody. I know legislation and, in fact, I'm just starting to read through the government Act on how councils work, and all the rest of it ... the Local Government Act. It's about 500 pages and I'm going through that now.

When you're in local government, especially as mayor, you've got to see which issues are really, really outstanding, and then you've got to try and find money for it. I don't want Dunedin ratepayers to pay more than they should ... there's a lot of people out there who are hurting. A lot.

I think the city has done well on the hospital rebuild programme. I think they've done generally quite well on the cycleways, although there are areas of that that, in my mind, could do with improvement. They are bringing subjects up at the moment so that any future council is going to have to go down that way - there's no choice on it. They've brought up the issue of climate change and beautification of the harbour. I think those are all points that need to be thoroughly discussed and fairly discussed.

How difficult will it be to come in from the outside and take up the mayoralty?

That's an interesting question, isn't it? Let's just say that if we are all working together to support Dunedin, then that is the prime aim and object.

Nothing's ever easy, but it's doable, of course.

How important is it to balance the need to invest in infrastructure to cater for growth and the need to keep rates affordable?

I'm not looking at the public in Dunedin to pay a lot of money on new projects. As far as I'm concerned, new projects should be funded by investors - for example, the waterfront.

My view is the council makes an area attractive and encourages the people to use that area, so that therefore, investors are more likely to say "I'd like a piece of that".