Flips and flops at Jib-Jam

A pack of 35 snowboarders and skiers - mostly students from the University of Otago and Otago Polytechnic - competed at the Red Bull Jib-Jam at Forsyth Barr Stadium last night in front of a keen crowd (above).

The riders performed tricks on a ramp - 5m high, 5m wide and 18m long - that was covered with 250kg of snow trucked in from Cardrona Alpine Resort.

Red Bull New Zealand spokeswoman Billie Haresnape said the company supported the free University of Otago event so students ``didn't have to fork out all their money to get on a mountain''.

The event was run by students for students, she said. 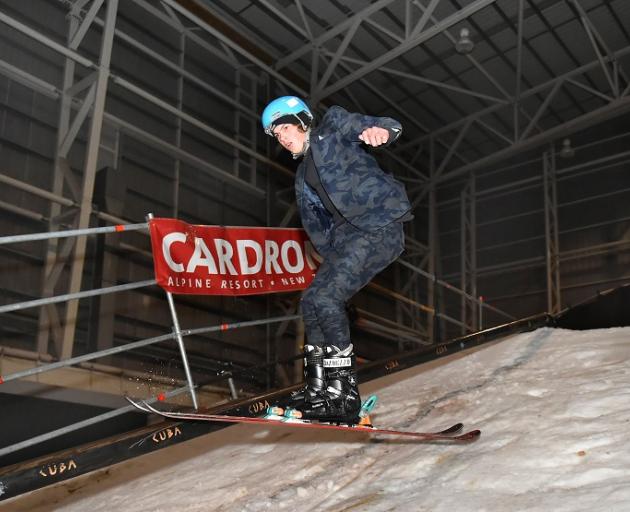 University of Otago student William Harker (above) was among the competitors.

Mr Harker (20), of Havelock North, wore a camouflage suit while performing tricks on his skis, including a backflip and frontflip.

``It's all good,'' he said after executing a flip that drew gasps from the crowd of about 300.

Professional skier Jackie Kling (21), of South Korea, executed a ``switch 270'' trick on a steel rail in the middle of the ramp at the ``super fun'' event.

University of Otago student Jack ``Jabba'' Edmond got his skis tangled in the rail and his body hit the snow hard.

The undaunted Wellingtonian brushed the snow off and queued for another turn.