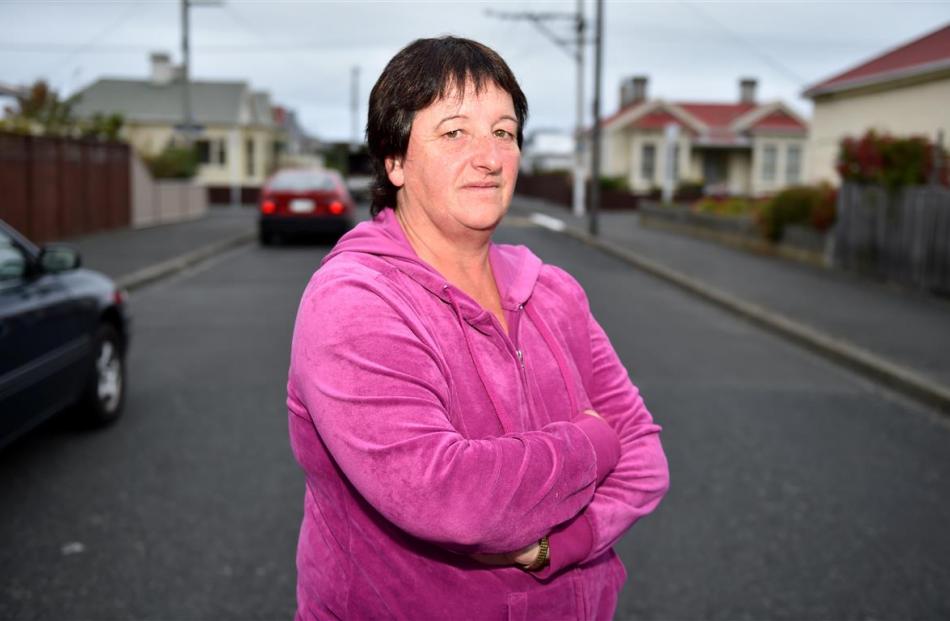 Resident Bronwyn Bradshaw told the Otago Daily Times days after the floods mud-tanks in the area had not been maintained, something a report 10 months later has confirmed. Photo by Gregor Richardson.

Reaction in South Dunedin to a report on the failure of the area's mud-tanks in last year's June floods is one of no surprise.

The Dunedin City Council report showed up to 75% of the area's mud-tanks had not been properly maintained.

Dunedin South Labour MP Clare Curran said the finding was ‘‘blindingly obvious'' to anybody who lived in South Dunedin.

And she was not happy the council said in the report it was unable to determine mud-tank problems had affected the severity of the flood.

‘‘What I find extraordinary is they could not bring themselves to say that was part of the problem.

While the report mentioned operational challenges, Ms Curran said what had happened was ‘‘operational failures''.

She also said the report did not appear to have been peer-reviewed, something council transport group manager Ian McCabe told the Otago Daily Times in January would happen.

But council infrastructure and networks general manager Ruth Stokes said last night a peer review of a November report about the impact pumps and pipes had on flood volumes was under way.

An independent review on contract management of both mud-tanks and road maintenance was being done, and was expected to be finished in time for the next committee round in six weeks.

What Mrs Stokes called an ‘‘independent audit'' would be done by the council's internal auditor, Crowe Horwath.

‘‘It has taken us quite some time to identify the information that we did have, that our contractors had, and that then identified we had gaps in that information.

‘‘It was too important for the people of South Dunedin for us to not report a full picture.''

Shortly after the floods, Ms Bradshaw told the Otago Daily Times regular visits by vacuum trucks to clean silt from the mud-tanks were a thing of the past.

She said yesterday contractor Fulton Hogan was responsible for mud-tanks and needed to be accountable. Ratepayers needed to be able to see there was liability. On the time taken for the report to be completed, she said that was ‘‘not good enough''.

‘‘People are still not in their houses, so we need to know why it took so long for a report to come out.''

Bruce Hendry (81) helped build the drainage network and told the ODT in February a lack of maintenance of the mud-tanks meant water pooled instead of making it to the Portobello Rd pumping station.

He wrote a report on the issue after becoming fed up with the lack of answers from the council.

Yesterday he said the council's report said Fulton Hogan called for suction work where mud-tanks were more than 30% full.

Mr Hendry said: ‘‘If that was how the contract was being managed, it was contrary to requirements. If the thing's half-full of silt, it's blocked.''