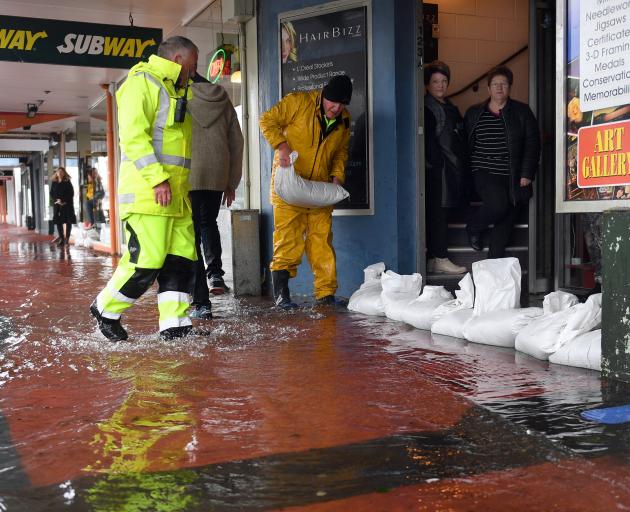 The significant cost hikes had prompted a review of the project, he said.

"The cost escalations in recent years are the result of further research and investigation during detailed design work for the new pump station, which has clarified the requirements for the infrastructure and therefore the costs involved," Mr Dyer said.

"This is a normal part of the design phase."

As a first step, the council was now replacing the pumps at the Carlyle Rd pump station.

That work, costing about $300,000, would be completed later this month.

Over the summer, the council would then begin construction of a new intake at Memorial Park, paid for from existing renewals budgets, that would improve water flow and flooding resilience in the area, Mr Dyer said.

A detailed assessment of the Reid Ave pump station would then be carried out over the next year to identify the need for further upgrades there.

Stormwater hydraulic modelling of the wider Mosgiel catchment over the next year would also help identify and prioritise the need for future improvements.

"The short-term solutions we will be undertaking over the coming months will certainly not be the last," Mr Dyer said.

"We are committed to this project and we are keeping local residents and businesses informed of progress as the project continues."

In October last year, the Otago Daily Times reported the pumping stations had been delayed.

The council had planned to install larger pump stations after the current ones failed to handle more than 120mm of rain that fell in the Mosgiel catchment during the July 2017 flood.

At that time, stormwater entered the wastewater network instead of draining into Silver Stream.

In November 2018, another storm inundated the suburb as 100mm of rain fell in some areas.

The flooding of the main street started when Lanark St was blocked to through traffic, leaving the existing kerb and channel water flow to be put through a small pipe.
There is a far cheaper solution to all this: make that pipe bigger, or open up the street again and reinstate the kerb and channels. Shouldn't be more than $100k to do that.