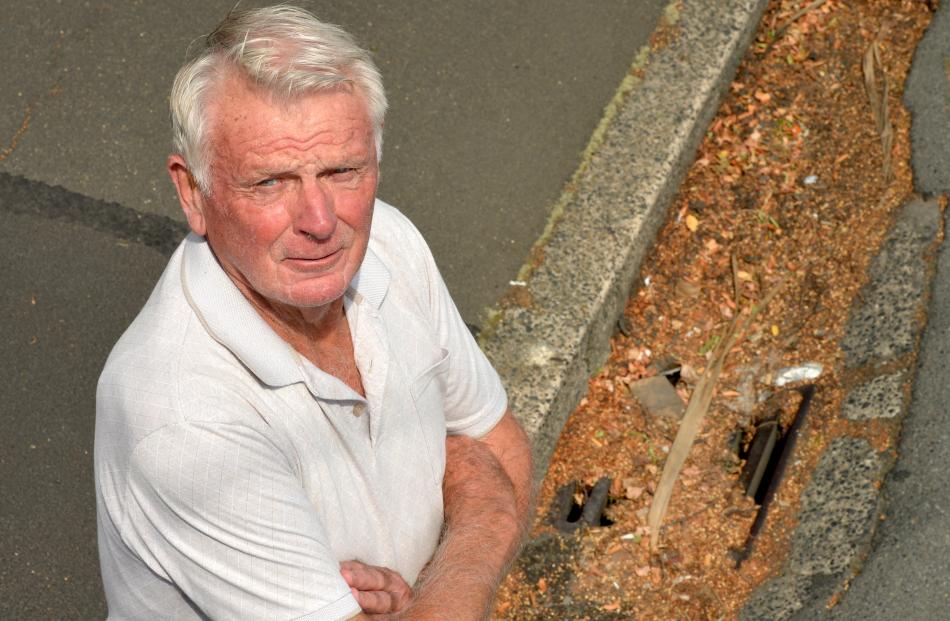 Bruce Hendry (81) wrote a report on last June's flooding after becoming fed up with the lack of answers from the Dunedin City Council.

‘‘Eight months after what has probably been the biggest and most expensive disaster in Dunedin since the 1929 floods, answers relating to the future and safety of those most affected, particularly residents of South Dunedin, have not been given,'' he said in the report.

Council general manager infrastructure and networks Ruth Stokes said staff were still collating data for a report on the role mud-tanks played in last year's flooding and, until that was complete, the council could not accurately respond to his concerns.

‘‘While we may not entirely share the same views as Mr Hendry, we are committed to being absolutely clear about what happened during the flood.

‘‘We have nothing to hide. On the contrary, we are still completing a full picture,'' she said.

Mr Hendry believed South Dunedin's infrastructure, which he spent six years helping build as a surveyor in the 1960s, would have been good enough to prevent much of the damage had it been properly maintained.

‘‘We would have still have had some ponding, but it wouldn't have got into half the houses.''

A lack of proper maintenance of the city's mud-tanks meant water pooled instead of making it to the Portobello Rd pumping station - which, according to a council report, was not running to capacity during the floods.

He pointed to an Otago Daily Times report last year in which it was confirmed Fulton Hogan, which is contracted by the council to clean mud-tanks, had no dedicated vacuum trucks for cleaning the tanks based in Dunedin.

He was also concerned the threshold that needed to be met before a tank was cleaned was too high - particularly, when it came to silt build-up.

This was because mud-tank outlet pipes could be blocked if they were more than half full of silt.

A report by the council about mud-tank maintenance was due in April, but Mr Hendry questioned why it had taken so long.

‘‘Why [do] have we to wait until April to get the report on mud-tank maintenance?

‘‘What has the council or its administration got to hide?''

He was also concerned about the grating at the Portobello Rd pumping station after being told it had been modified with a reduced gap between bars.

This could have resulted in debris building up and preventing water from making it into the station.

Asked about his motivation for writing the report, Mr Hendry said: ‘‘My wife said ‘why are you doing this at your age, you silly old bugger'?

‘‘My view is that these people out here, a lot of them have got nothing. Now they have got a hell of lot less.

‘‘Nobody's come out and said ‘we were wrong. Something wasn't done right'.''