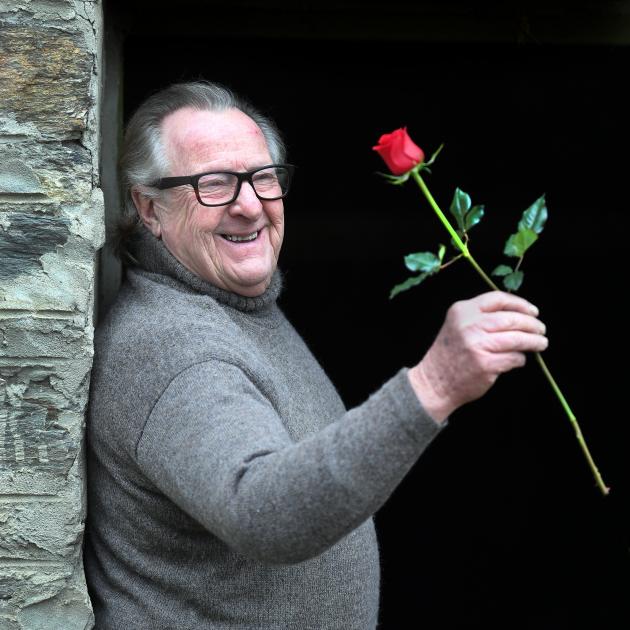 Award-winning florist Peter Johnstone has retired after 50 years in the industry. PHOTO: STEPHEN JAQUIERY
When it comes to fashioning bouquets, Peter Johnstone has been known to use "all sorts of odd things" — even bicycle wheels — to give his flower arrangements that "wow" factor.

It is a skill that has helped him win many competitions during his 50-year career as a florist, including the 1980 New Zealand Interflora designer of the year award.

But now The Orchid Florist owner has sold his Dunedin business and is taking retirement.

"When Covid came along, I thought, ‘I’m too old to fight all this again. I don’t need this. It’s time I sat down and read a book for a change’."

Mr Johnstone’s career started as a horticulturist, working as an apprentice at the Dunedin Botanic Garden.

"A lot of people seem to think what a lovely job it is. But it’s actually very hard — long hours, it’s cold, it’s quite a demanding job in many respects."

He said he had lost count of the number of rose thorns he had had stuck in his hands over the years.

"They cause many problems.

"Sometimes you can get a prick in your finger and it can develop in to a poison. So you’ve got to be quite careful with rose thorns."

He said the industry had changed in many ways over the past five decades, including the fact there were a lot fewer men in the industry now, and competition was much fiercer.

"When I started, flowers were only available in florist shops or grocery stores.

Peter provided some of the best quality flowers at a good price that I have ever bought.
Well done, and enjoy your retirement, Peter.