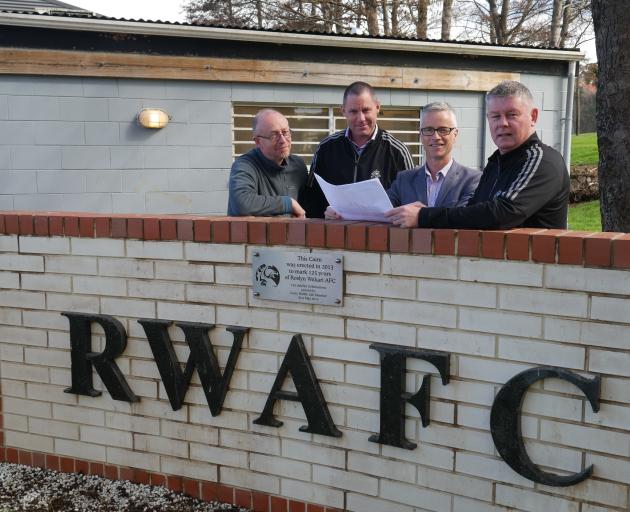 The clubroom, in Frasers Rd, is to undergo a $300,000 makeover which will extend its changing rooms and upgrade its facilities.

Club co-president Wayne Facer said it had been in the works for a while, so he was pleased to see it come to fruition.

The six "small, pokey, cold'' changing rooms would be replaced by comfortable, modern rooms and facilities, such as toilets and showers.

A new storage space would also be built, and the referees' room would be upgraded.

"It will be basically the same footprint but there will be additional rooms added to the back ... and around the back, behind the gym, for storage and other bits and pieces.''

The club had already raised about $60,000 through fundraising and donations and would continue to raise funds and apply for grants to reach the total needed.

A thermometer showing how much was raised was up at the club.

"It really gives us a clear target so we can fundraise towards one pinnacle event.''

Mr Facer said the plans left room for additional developments in the future, but the club was focusing on the ones at hand.

The club's prizegiving was held on Saturday, and members were "enthusiastic'' about the plans.

"That was pretty exciting and very rewarding for us to get the plans for that stage to garner that excitement.''

The next step was to fine-tune the plans and find a volunteer project manager in the club, he said.

Construction was due to start at the end of next season, and hopefully be finished in time for the start of the 2021 season.

"It's a pretty exciting project.''