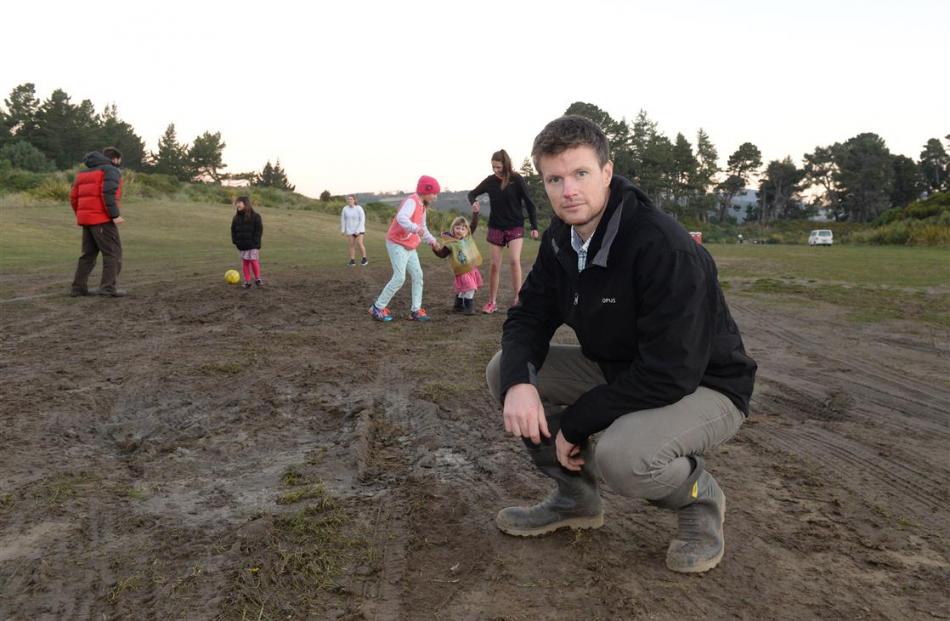 A horde of 10,000 freedom campers converged on Warrington Domain from February to April, leaving behind faeces, waste and a "muddy bog'', residents say.

Warrington householders Rhys Owen and Tim Popham said the situation had reached breaking point and about 10 campers were still using the ground each night despite it being winter.

The volume of use over summer and autumn had stripped the domain of grass and left it a "muddy bog'', Mr Owen said.

In February, more than 2146 vehicles parked in the domain. On one night there were 105 vehicles, Mr Owen said.

He expressed his concerns about the strain on the Warrington community at yesterday's Dunedin City Council planning and regulatory committee meeting.

He called for an end to non-self-contained freedom camping in the city and said the revenue generated by people using camping grounds instead would be a boon for the city.

"We are talking about some big dollars that the community would have got from camping in camping grounds.''

Toilets and rubbish facilities were stretched at the domain and the community was not benefiting from the loss of its recreational reserve, he said.

Council parks and recreation group manager Richard Saunders said the council was investigating options for a third site for non-self-contained freedom camping to help alleviate the burden on the Warrington Domain and the Ocean View Recreation Reserve.

Despite the issues for locals, he described the implementation of the council's bylaw as a success.

The committee agreed to work with community boards before the beginning of the coming tourist season to ensure infrastructure was adequate to cope with the expected increase of campers.

Speaking after the meeting, Mr Owen said he felt the council had transferred the burden of freedom camping on to two communities and labelled it a success.

"We have basically ghetto-ised Warrington,'' he said.

"We have basically moved the problem to one place out of town so it's out of sight, but it's still a big problem for the local community.

"We have lost our main recreational field.

"There's toilet paper and human poo in the bushes.

"The only way I can see to control the numbers is, what 70% of district councils have now, banned the non-self-contained freedom campers.

"It hasn't worked elsewhere ... There's no other way to solve it than banning it. But for some reason the DCC is sticking with this plan,'' Mr Owen said.

"I don't want to see additional ablution blocks because once you go down that slippery slope there's no coming back,'' he said.

"The Warrington Domain is meant to be primarily for locals and we have lost the ability to use it. Right now there is finally the space but it's a mud bath.''