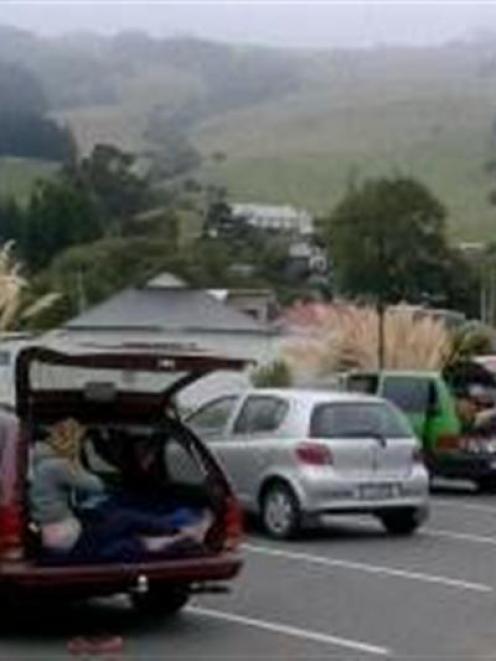 The council has listed reserves in Portobello, Ocean Grove and Harwood as possible new sites for freedom campers, in vehicles without toilet facilities, to stop overnight.

But the council says the issues being raised are part of the consultation it plans to undertake.

Mr Pope was responding to a report to a planning and regulatory committee next Tuesday.

The report follows an issue that came to head early last year, when a trial site for freedom campers in Macandrew Bay proved unexpectedly popular.

Residents said more than 15 vehicles a night parked in the area beside public toilets and a playground.

Campers were ''bird-bathing'' in the public toilet basins and changing outside their vehicles in view of children walking to school.

Stricter controls put in place helped the situation, after the council erected more signs at the Macandrew Bay site and put in place security patrols to give campers information brochures and move them if allocated spaces were full.

The council earlier this year voted to continue the trial until June, and will on Tuesday consider a staff recommendation to find an alternative or additional site.

Acting reserves and recreation planning team leader Paula Dickel said in the report the council had asked staff to investigate further sites for next summer.

Those included five that met the criteria, which included nearby toilets.

They were the Portobello community hall and domain sites, the Ocean Grove domain hall and recreation reserve hall, and the Harwood hall reserve, in Harwood.

Plans show the Ocean Grove sites were near houses, while the Portobello and Harwood sites were less so, but in more secluded areas.

Mr Pope said the plan would put freedom campers into the peninsula communities, where children played.

It just took ''one of those people with the wrong intentions'', and ''all of a sudden we have a major issue''.

He also questioned the effect on nearby camping grounds, which paid rates and taxes, and employed people.

''We should be encouraging local businesses.''

Mr Pope also raised concerns about consultation, and how thorough it would be.

Ms Dickel said while a consultation plan was yet to be developed, the council was aware from feedback from Macandrew Bay it needed to be ''more thorough''.

Staff would work with Mr Pope to make sure the community - especially those near the proposed sites - could be involved.

On the secluded nature of some sites, and the proximity of others to homes, she said one of the benefits of public consultation was to hear about those issues.

''Probably nowhere is perfect,'' she said.

There may be ways to mitigate the problems and those matters would be considered during consultation.