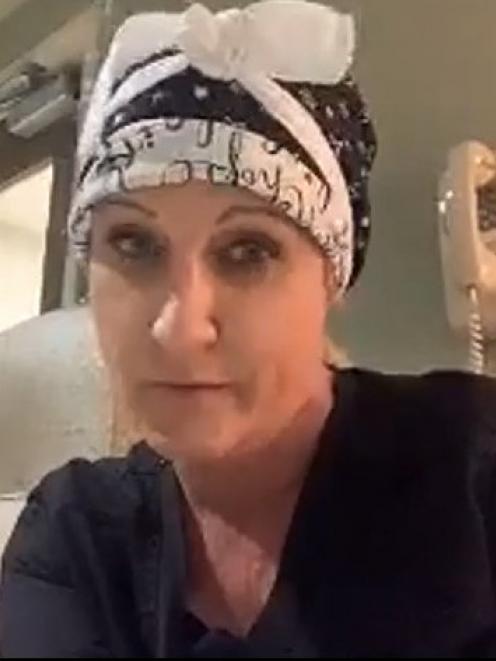 ‘‘How many mothers, and fathers, and sisters, and brothers and children have you guys saved?’’ she said.

There were only 26 ICU beds at the 210-bed hospital and at present 22 were filled with Covid patients.

More than half of the ICU patients were on a ventilator.

It was more than the ward had experienced before.

And typically, she said, the outcomes for patients on ventilators were not good.

The pandemic was supposed to have peaked in February.

But with the arrival of vaccines, masking rules and social restrictions had relaxed.

Up to 90% of people were not wearing masks in public and the uptake of vaccinations was low.

She described the hospital as a war zone.

She said it felt as if someone had just hit a hornets’ nest.

‘‘This blood pressure is dropping; this person’s stopped breathing.

In her 20 years of nursing she said she had never cried so much.

Patients’ fast, laboured breathing as they suffered was indescribable, she said.

As people died, she held their hands ‘‘because a lot of the family can’t’’.

The Herald-Sun of Durham, North Carolina, reports the state of South Carolina has a 47.5% vaccination rate at present, one of the lowest in the country.

The state reported more than 4200 new cases on Monday.

The exact number of Delta cases was unknown because only a fraction of the Covid-19 cases undergo genome sequencing, the process to determine the variant.

The state had not recorded fewer than 1000 cases a day since July 24.