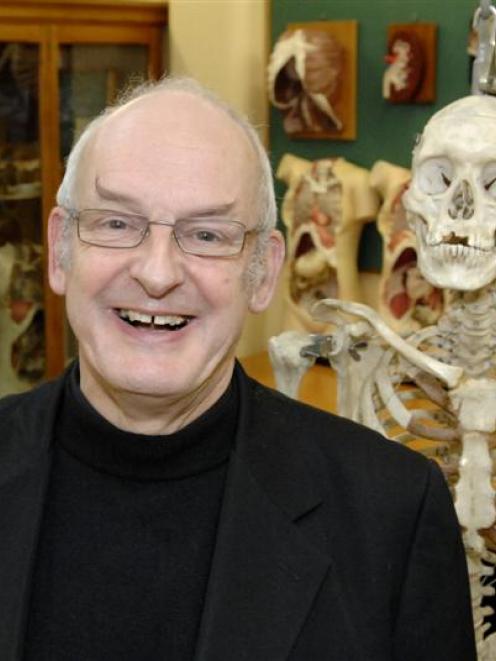 Prof David Green, head of the University of Otago anatomy and structural biology department, reflects, at the Otago Medical School, on plans to develop a new diagnostic technology. Photo by Linda Robertson.
University of Otago researchers have been granted $9.9 million to develop new Star Trek-like testing devices which could revolutionise medical diagnosis and eventually generate a high-tech export industry valued at more than $2 billion.

Prof Green, who heads the university anatomy and structural biology department, said the funding, from the Foundation for Research, Science and Technology (FRST), would significantly extend earlier Otago research in the field.

Much swifter, cheaper and more convenient testing of patients' "complete metabolic profile", including key health indicators, such as white cell counts, would be possible if creating the hand-held devices was realised, Prof Green said.

If successful, the new devices - testing blood in pin-prick amounts - could significantly boost the Dunedin economy through being manufactured in the city, he said.

The potential value to New Zealand was estimated at $US2.1 billion annually by 2020.

The devices could be used in GPs' offices, or pharmacies, and could allow testing of some patients at their homes, with results regularly transmitted by wireless computer or cellphone to remote medical clinics.

Otago University gained $18,636,000 from FRST in its latest research contract round, which provided a total of $785 million, significantly up on last year.

The Otago funding, for five research projects, was more than double the $7.4 million gained by the university to support two research programmes in the previous round last year.

Auckland University topped New Zealand universities in the latest round, gaining $50 million, to support eight projects and one programme.