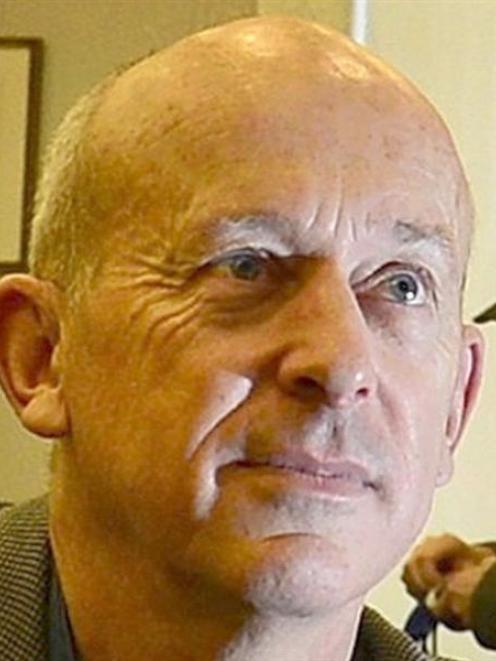 Steve Rodgers.
Plans for a $100 million five-star hotel on Dunedin's waterfront are to go back to submitters for another round of public consultation.

It was confirmed yesterday the Dunedin City Council's hearings committee has requested more information from Betterways Advisory Ltd, which wants to build the 28-storey hotel and apartment tower.

The committee planned to invite hundreds of submitters to have another say on the new information, before resuming the hotel's resource consent hearing in March.

The details were contained in a letter from committee chairman Cr Colin Weatherall to Betterways, dated January 17 and released to the Otago Daily Times by Cr Weatherall yesterday.

Betterways director Steve Rodgers said when contacted he was still considering its contents, but was frustrated and concerned by the length of time the consent process was taking.

That was the fault of the Resource Management Act, not the hearings committee, but he estimated the company's bill for consultants and other costs so far was ''well into the six-figure sums'' and rising.

''At the moment, it just seems to me that the red tape is extending the timeframe,'' he said.

''It frustrates me, but that's the process.''

Cr Weatherall's letter to Betterways said extra information was required for a ''proper understanding'' of the hotel and its impact on the immediate surroundings and wider environment.

He asked Betterways for an assessment of the environmental effects of construction and wind disturbance arising from the hotel, as well as a report from a recognised landscape expert and additional computer-generated images showing the hotel from locations around the city.

The company would also have to find a way to physically demonstrate the hotel's height on site in a way that was visible from across the harbour, perhaps by using a tethered balloon, Cr Weatherall wrote.

The committee wanted the information by February 15, after which the 507 submitters to the hearing - 457 of them opposed - would be invited to have another say on the new information, in writing initially, by March 1.

The hearing was scheduled to resume on March 18. Mr Rodgers could not say whether all of the information could - or would - be provided, but doubted all of it could be within the timeframe. Asked why the material had not been part of the company's original application, Mr Rodgers said he ''didn't think it was necessary''.

Expert analysis of wind effects had been presented but it had only served to confuse the issue, he believed.

Images purporting to show the hotel's appearance from locations around the city had been criticised by some submitters for not showing the full extent of the hotel's bulk.

However, Mr Rodgers said locations had been chosen by the council, not Betterways. The criticism during the hearing led to a request for more images.

He remained concerned any physical demonstration of the hotel's height - using a tethered balloon or a hovering helicopter - would be problematic, and he was talking to Animation Research Ltd about alternatives.

Mr Rodgers remained confident the ''right decision'' would eventually be reached, but said it was important for the city the hotel went ahead as soon as possible.