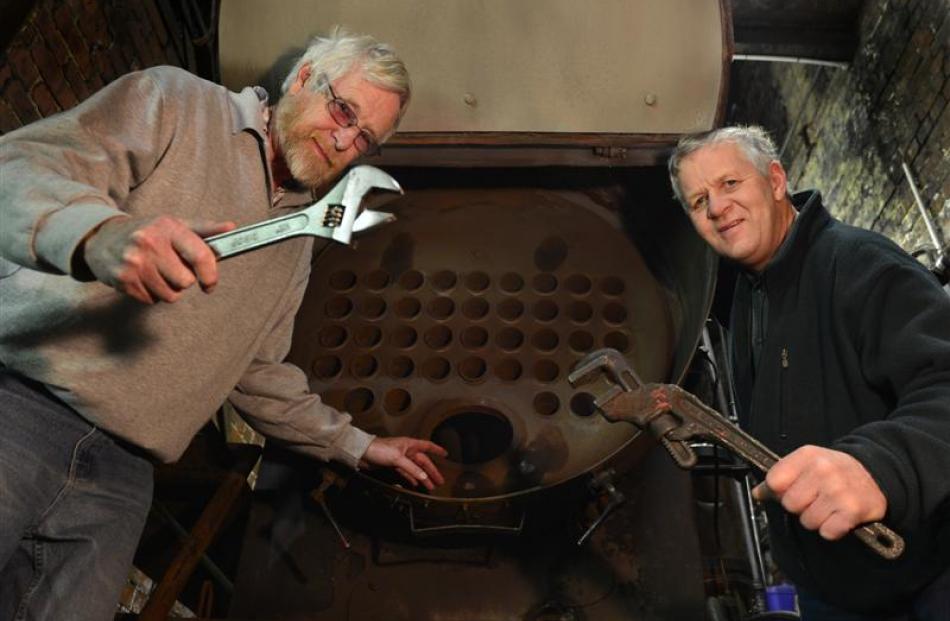 Dunedin City Council funding for the Dunedin Gasworks Museum is ''chewing gum to stick the thing together'', and more than $2.5 million could be needed to save the buildings, the council's city property manager says.

The blunt assessment from Robert Clark came as he tabled an estimate of funding required to restore the complex at the council's 2013-14 draft annual plan deliberations yesterday.

The estimate was in response to a submission from the museum trust to last week's hearing, calling for $2 million over two years to protect the council-owned buildings.

Mr Clark said yesterday the trust was ''quite right'' money was needed to save the buildings, and their estimates were likely to be accurate.

''These buildings are in a very bad state of repair, largely,'' Mr Clark said.

The council had budgeted $50,000 per year for the next two years for essential maintenance, but that was ''really just basically a bit of chewing gum to stick the thing together in the meantime'', he said.

The council had also previously contributed about $1 million to restore the museum's fitting shop, he said.

Without it, the fitting shop would probably have ''fallen down'' by now, but the remaining buildings faced the same risk, he said.

''These buildings are in a similar state and they do need to have some money spent on them.''

He presented councillors with a possible timetable for spending over the next six years, totaling $2.5 million, although it remained an estimate only.

The funding would pay for an engine room upgrade, replacement or repair of the museum's boiler, new toilet facilities, a chimney and grounds upgrade, and restoration work.

Of the list of projects, the possible repair or replacement of the boiler was a priority, as it allowed the facility to operate, Mr Clark told councillors.

The museum's chimney was probably in better condition than other buildings, but ''does raise issues from an earthquake point of view'', he said.

The council was waiting on a report from structural engineer Lou Robinson that would detail the building's condition, but Mr Clark expected it would be more of a priority than other buildings.

''It's a high brick building ... If we were to have a shock, there could be issues there.''

Mr Clark's comments came after trust board member Angela Howell told last week's hearing Dunedin's ''best-kept secret'', and the only remaining operational gasworks in the world, was threatened by deterioration.

The museum's boiler was recently shut down after failing to retain certification, meaning the site's machinery was not operating and the museum would be too cold to open during winter, she said.

It was expected the boiler could cost $100,000 to repair or replace, and councillors needed to decide if the museum was ''worth saving'', she said.

Council chief executive Paul Orders yesterday told councillors it was the first time he had seen the latest figures presented by Mr Clark, and they needed further scrutiny before any decisions were made.

Deputy mayor Chris Staynes said it appeared the council faced an ''unknown, but large'' capital requirement, but wondered - earthquake risks aside - how imminent the threat to the buildings was.

''What sort of time span have we got against risk of collapse or failure of the buildings?''

Mr Clark said that would also be addressed by Mr Robinson's report, although he could not yet say when it was due to be completed.

Mayor Dave Cull said decisions would have to wait until the report, and the ''comprehensive'' views of staff, were available.

That worried Cr Lee Vandervis, who said the council would be proceeding with its budget exercise without deciding on a ''certainty'' of ''significant funding''.

Cr Paul Hudson also raised the prospect of a bridging loan to help the museum trust replace its boiler, if needed.

Mr Cull said that could be an option, but the trust's needs were not yet clear.

Mr Orders said more information would be presented to councillors later in this week's deliberations.