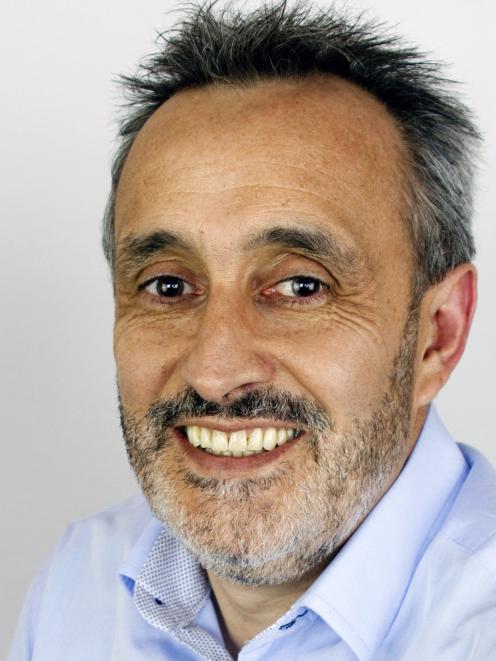 Nick Donnelly. Photo: ODT files
The Otago Regional Council has approved a 75.1% increase to the general rate next year.

That general rate increase is part of a 48.5% rise in the total rates take, included in the long-term plan 2021-31 approved at a full council meeting yesterday.

Councillors voted for total rates to rise 18% in the second year and a further 12% in the third.

Some councillors said the rates increase should be recognised as a pivotal moment for the council as it worked to "turn the ship around".

A further amendment was made following the council’s announcement it had bought a new headquarters building.

Port Otago, which is 100% owned by the council, said last week it had bought the former Dunedin Warehouse site in Maclaggan St for $10.2million.

The plan initially included the assumption the council would move into a new headquarters building in year four of the plan.

Following the adoption of the long-term plan, the council was required to adopt a rates resolution, which sets the rates for the 2021-22 financial year.

Cr Bryan Scott started a series of speeches from councillors on the approval of the long-term plan, calling it a significant step forward for the council.

"I’m really pleased and excited about some of the things going on ... I’m aware that with this is a sense of responsibility," he said.

Cr Michael Deaker felt the plan was a reflection of the new strength the council had in terms of numbers, purpose and quality.

"I think this is a pivotal moment."

He credited the Otago community for not "revolting" over the rates rise, but rather accepting that more work needed to be done.

"We only have one environment; we all need to commit to taking care of it."

Cr Kate Wilson said the council was just getting up to speed on where it should have been.

The council was not dealing with what the community wanted beyond that, she said.

"I’m not going to take a huge amount of happiness because we’re not far enough ahead in terms of climate change, transport or air."

Chairman Andrew Noone said the council made the right decision in regard to rates.

"I remember when Sarah [council chief executive Sarah Gardner] came on board and made an initial comment about turning this ship around."

Mrs Gardner and council staff had done a good job at doing that, he said.

Pivotal would be to sit on your secuturs and twist.

When the hooting and mutual backslapping is done, I'd like to remind regional councillors that not a single rate payer in Otago wants to see their rates go up and the best you'll get is grudging acceptance - even if it is as one bureacrat patronisingly finger-wagged, small in dollar terms. This paper has reported many stories of ORC infighting, turning a blind eye to areas of responsability, nepotism, and the common crime of most regional goverment these days - people voted as representatives for all, focussing too much on a personal career of governance and politics. No-one is surprised that councillors at ORC voted to increase rates, but we will be surprised if anything else really changes or improves as a result.

Time for a citizens rate strike. It's sounds ridiculous but not as ridiculous as a 75.1 rate rise. By the way, I love the .1 to make it look like there is some logic used in the decision.

They are tone deaf. Every single one of these losers need to be voted out! 75% increase means they have no idea what they are doing

I look forward to the receiving all the benefits of a 75% rate increase for the services my household use, namely zero x 1.75 = zero. And you wonder why ratepayers totally are miffed? And why are we not revolting? You have the power to seize our property and throw us out on the street if we do not comply. If that is not the definition of force, I do not know what is.

After 30 years of ORC with not much to show? It’s a combo of the Titanic and The Emperor’s New Clothes. These people need to be changed!

Some councillors said the rates increase should be recognised as a pivotal moment for the council as it worked to "turn the ship around".

Or should it be said the rates increase should be recognised as a pitiful moment for the council as it worked to "run the ship aground".

A typing error surely. Should read 7.51%

One would assume that with this increase on a regional council that has committed so many failures and failed to deliver on so many of its promises that things will change. Sadly this will not be the case, once again rate payers are paying for this without justification or means to correct. Like our health system which is such a failure, the experiment of regional councils are nothing but a failure supported by rate payers who have no choice. Get rid of these councils they serve no purpose but their own means. Thanks for adding more financial pressure in a world where pressure is all that is given.

No where and I mean no where else other than your ever loving council would even consider this as good business. Turn the ship around? Which direction was it pointing in? Being able to salt away $30 mill for building? Already over charging. What they are saying is basically we are doing a bad job now but doubling our charges will make it better. Out of control

Politicians and diapers must be changed often, and for the same reason. How many days until we get to vote these people out of office?

These people need to go! 75% increase? What does this say about the quality and professionalism of these people? Woops...we just discovered we need MORE money? Send them back to the private sector. We need the best qualified not occupants with a pulse!

If we are serious about doing something about this we need to petition Central Government to intervene and remove this delusional Council and it’s puppet administration.

Need to implement changes in legislation that give the people the power to recall politicians for both DCC and ORC. Like anything, people get buyers remorse and should have the ability to dump these people via a recall election. Hawkins would be a great example of buyers remorse.