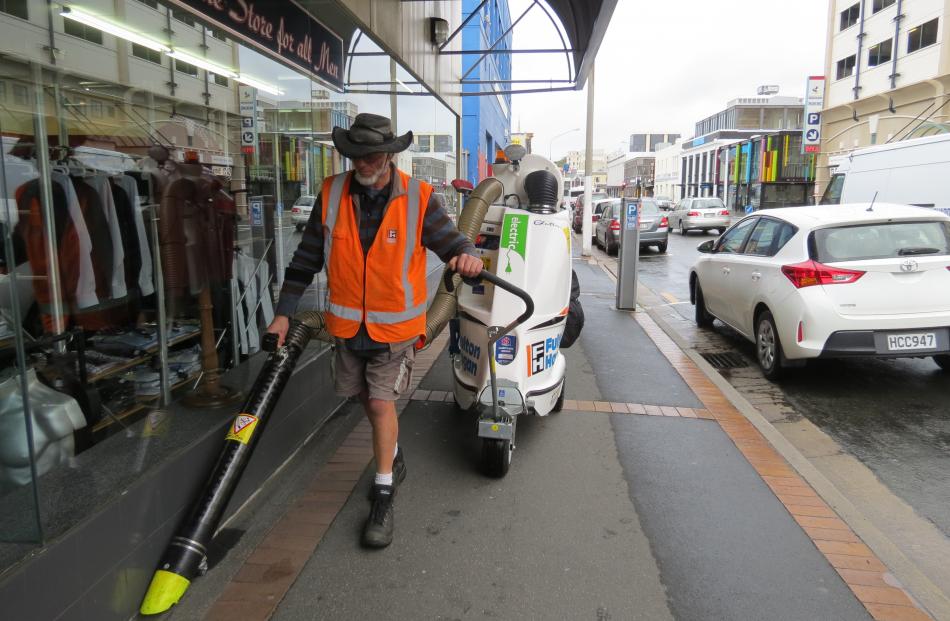 Dunedin's street-cleaner has a new tool in his arsenal to help in his constant battle against grime - a giant vacuum cleaner.

He is still getting a feel for how the beast works but says it has already made his job easier.

The Glutton is a big step up from the push sweeper Mr Williams has used until now.

''It's like going from riding a bike to getting your driver's licence,'' he said.

The Glutton waste vacuum cleaner is an-easy-to-handle, self-propelled machine, able to collect all kinds of waste that can pass through a tube 12.5cm in diameter.

The machine is powered by batteries and can achieve a maximum speed of 7kmh, although it normally only goes half that. It can also be put into reverse, and a mode which makes it easier to get over grates.

As well as being a mobile platform for Mr Williams' other cleaning tools, the Glutton is equipped with an automatic fire extinguisher which kicks in if a fire breaks out in the waste compartment, and a deodoriser for times when it is carrying smelly rubbish.

As far as Mr Williams knows, his Glutton is the first of its kind in the South Island.

Like the Dalek it resembles, the Glutton can have trouble with stairs and steep slopes so some of the steeper parts of Dunedin's CBD, such as the Dowling St steps, are off limits to it.

Mr Williams is still getting used to the kinds of elevations the machine can handle.