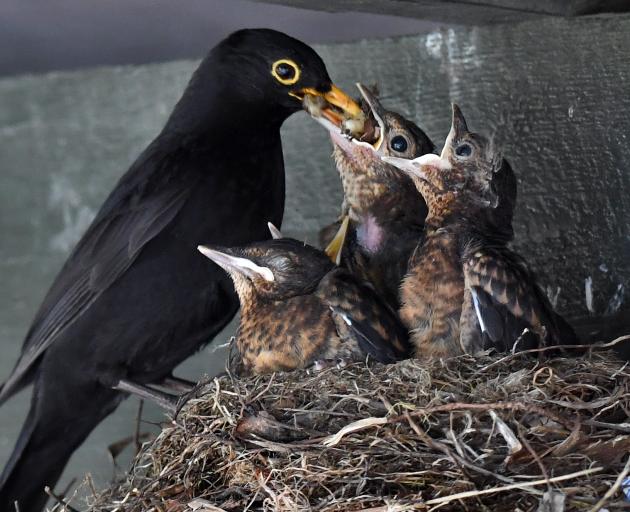 A blackbird feeds its chicks outside the Otago Golf Club pro shop. Photos: Stephen Jaquiery
A family of six has moved into some of Dunedin's best golfing real estate and plenty of birdies are on the cards.

The mum, dad and four children - all blackbirds - have set up their nest right outside the Otago Golf Club pro shop.

The pro shop's manager, Judy Blackman, said twigs and branches began turning up on the top of pillars outside the shop in November. 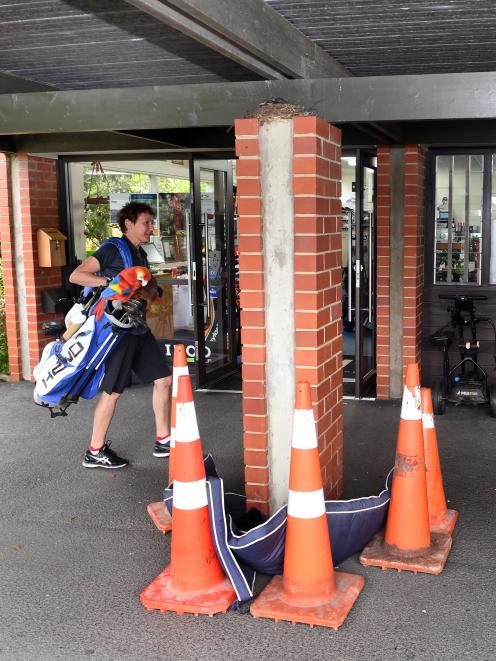 Pro shop manager Judy Blackman walks past the nesting blackbird family.
On November 15, the mother blackbird began building its nest and it was finished the next day.

The first egg was added two days later and by November 21 there were four.

The chicks arrived in early December, after which the father made an appearance to help out.

''Between the two of them, it's been a constant feeding process.''

Last Thursday, the chicks opened their eyes and yesterday they were flapping their wings, preparing to fly.

The birds were not too disturbed by their spot in front of the shop, or the many golfers coming and going.

Ms Blackman said the mother blackbird was particular about who was around, but the ''dad doesn't care''.