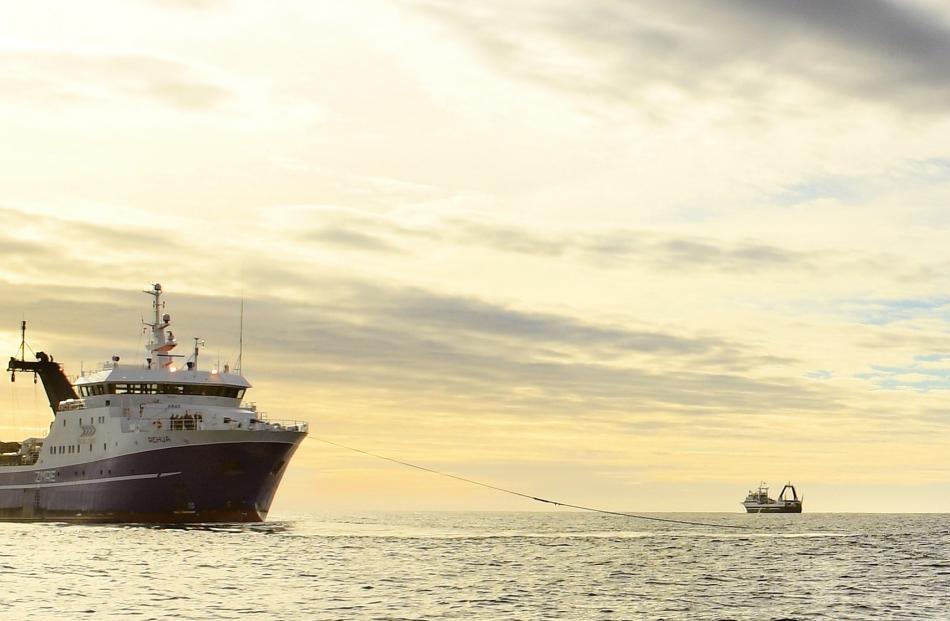 San Enterprise heads back out to sea as the tug Arihi takes Rehua under tow. PHOTOS: STEPHEN JAQUIERY 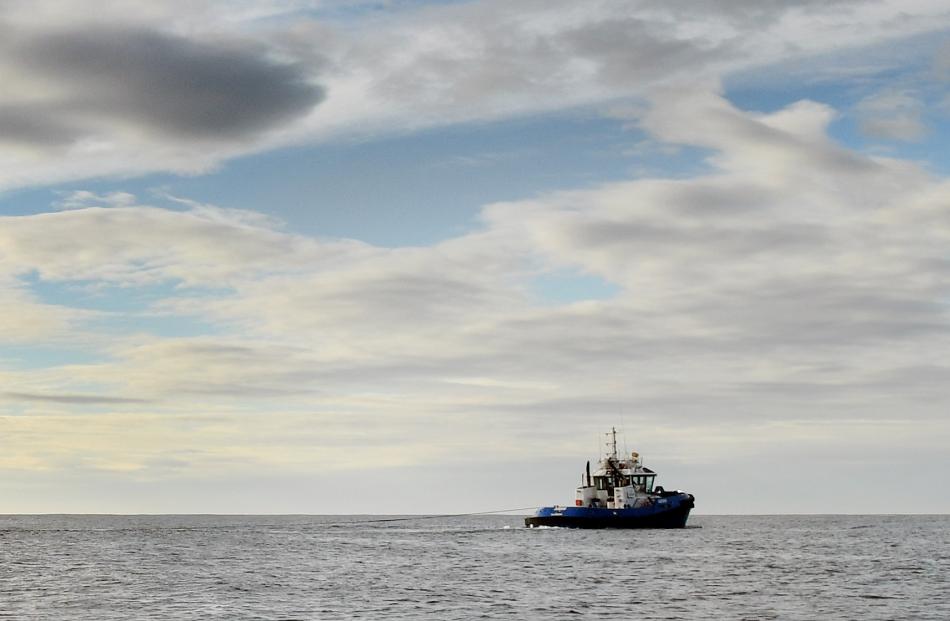 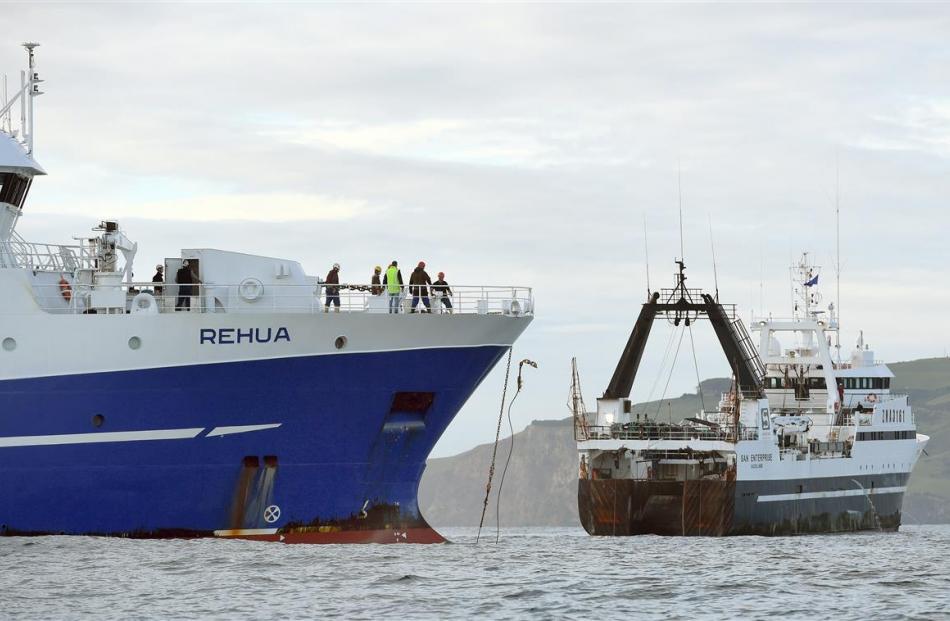 San Enterprise casts off the tow line from Sealord vessel Rehua, which is then manoeuvred to the head of Otago Harbour by Port Otago tugs Arihi and Otago. 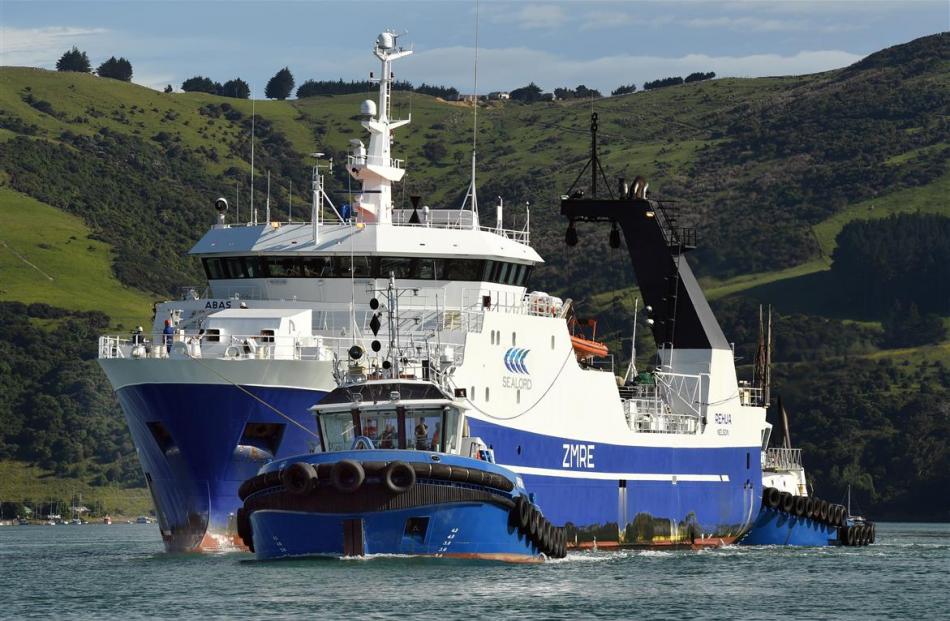 A large Sealord ship was towed to the head of Otago Harbour by a competitor yesterday after a salvage mission which lasted more than two days.

FV Rehua lost power on Friday after its propeller became unexpectedly entangled in another company's fishing nets in the Southern Ocean.

Sealord group operations general manager Doug Paulin said the boat was trawling and pulled up some fishing gear which got caught in its propeller.

Fortunately, Sanford vessel San Enterprise was fishing in the area and towed the ship to the pilot station at the mouth of Otago Harbour, he said.

The vessel was towed about 400km.

From there, Port Otago tugs manoeuvred it to Dunedin for repairs, he said.

``It's no-one's fault. These things happen on occasion. While you do your best to mark where all of this gear is, you do have these sorts of accidents occur.

``We've always got policies and procedures for these eventualities.''

Divers were expected to go under the boat to remove the net today.

The company would only incur large costs if it missed fishing days, Mr Paulin said.

The cost of the tow itself was predominantly covered by insurance.

A Sanford spokeswoman said it wanted to thank the officers and crew of San Enterprise, which helped the vessel in a ``timely and professional manner''.

``There is no formal agreement, but we always do help each other whenever the need arises at sea.''