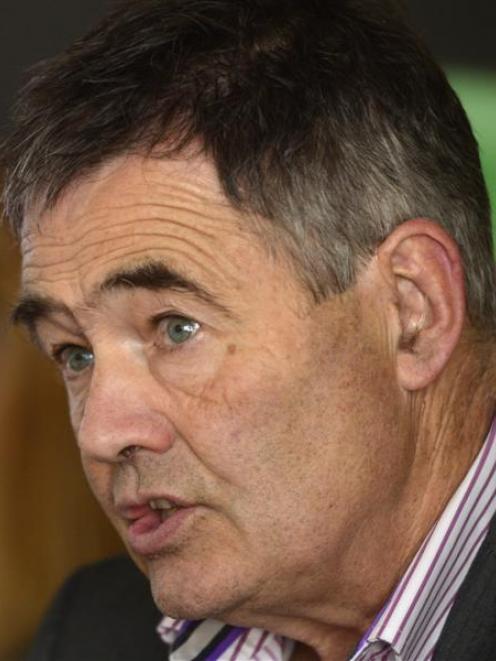 Dave Cull.
Prime Minister John Key and the Government appear to be rethinking their views on regional development.

During the Local Government New Zealand conference in Hamilton yesterday, Mr Key said there was validity in encouraging economic activity and building infrastructure in the regions, because there was ''pronounced economic development'' in Auckland which was creating enormous pressure on the city's infrastructure.

Under-used infrastructure around the rest of the country was not in New Zealand's best long-term interests, and the Government had been investigating how to encourage regional economic activity, he said.

How that could be done was not yet clear.

His comments were in response to Otorohanga Mayor Dale Williams, who asked if the Government should investigate moving government departments and industries away from Auckland and Christchurch to lower-cost, contracting cities and towns in the regions to take some of the infrastructure pressure off the large cities.

Mr Key's comment appears to contrast with the Government's policy direction earlier this month when Dunedin Mayor Dave Cull criticised the Government for ''pouring'' money into Auckland and Christchurch at the expense of the regions.

This also follows the closure of Government-owned Hillside Engineering in Dunedin and the centralisation of South Island mail sorting to Christchurch.

Mr Cull said he was delighted central government was taking note of the potential issues.

''The productive capacity of New Zealand lies in the regions.

Most of our export dollars are earned there.

''With digital productivity the way it is, why couldn't some departments be put into regional centres?'' he said.

''As we've recently learnt, the country is prone to earthquakes. If you concentrate all your administrative activity in one place, you're very vulnerable.''

He said the Government had ''a direct hand'' in closing Hillside and most of New Zealand Post in Dunedin, and now Mr Key was talking about relocating government departments and redirecting industries to lower-cost cities and towns like Dunedin.

Waitaki Mayor Alex Familton said he was ''encouraged'' by the Government's focus on regional investment.

''A focus on regional development is very important and I support the prime minister's focus on the gathering of data in various regions.''

Mr Familton said he was confident data would show rural areas were ''productive'' and worthy of investment from the Government.

''Our rural infrastructure supports our production system, and at the moment throughout New Zealand there is real concern about the rural roads and I believe the data that comes from focus on regional development will support the need to invest in rural infrastructure.''

Central Otago Mayor Tony Lepper said it was pleasing to see the Government agreeing a conversation about the regions needed to happen.

''As we walked out of the meeting today, we thought `this is on the radar', but it's not going to happen quickly.

''It's something we absolutely need to work hard to keep on the Government's agenda,'' he said.