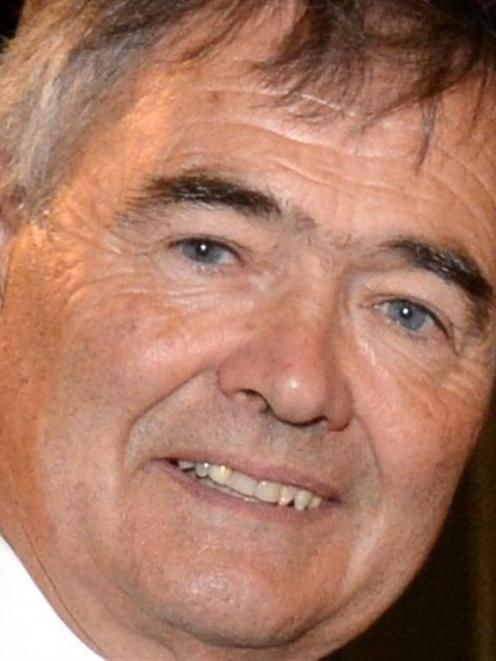 Dave Cull.
The Greater Dunedin political grouping headed by Mayor Dave Cull has been declared dead, but a senior city councillor could be set to breathe life into the new "Local Labour'' ticket.

Instead, Mr Cull told the Otago Daily Times he would stand again for the mayoralty as an independent candidate, as would other members of the Greater Dunedin group who sought re-election as councillors.

The news came a day after the Labour Party confirmed it was considering running a Labour ticket to promote candidates for election to the Dunedin City Council.

Cr David Benson-Pope, a former Labour-aligned councillor and Cabinet minister, said when contacted yesterday he was already considering joining the Labour ticket as a councillor candidate.

He remained a Labour Party member and, despite running as an independent in the 2013 local body election, was now considering joining the party's council ticket.

"They asked me. I haven't given them a final answer.''

Mr Cull said Greater Dunedin members had "drifted into the decision'' to disband the group over the past year, but denied it was prompted by any split within the ranks.

But Mr Cull said the group had "done its job'', pointing to the increased diversity of the council and plans by Local Government New Zealand to encourage more candidates to step forward.

"That kind of campaign ... looks less partisan if it's done by council or LGNZ, than by a group of sitting councillors,'' he said.

Cr Wilson has already ruled out seeking re-election, but most other Greater Dunedin incumbents are yet to publicly confirm their plans.

The exception is Cr Mike Lord, who yesterday confirmed he had decided to stand again - as an independent candidate - saying he would have done so, regardless of Greater Dunedin's future.

He had become disillusioned with the group after finding himself on the opposite side of the argument on issues including the debate over the council's ethical investment policy.

"I feel a bit like a foster child. I just don't really feel quite part of it.''

The group's members had pushed the council to focus on council efficiencies and debt reduction, and could be "happy about what they've achieved there'', he said.

But he found himself disagreeing with their focus on "idealist views'' and "aspirational goals'' that were "just unrealistic''.

"I certainly think there's bigger issues than some of the things they fight,'' Cr Lord said.

Mr Cull said Greater Dunedin was "a very tolerant'' group, whose members did not always see eye to eye, and there had been no expectation of agreement.

"Regardless of all the accusations, we always voted independently and, in some cases, quite surprised each other.''

Cr Wilson, who is not seeking re-election, said Greater Dunedin had succeeded in breaking down the council's established "tartan mafia'' and paving the way for new councillors.

"I think it's been really effective at doing that,'' she said.

Cr Thomson, who was yet to decide if he would stand again, said the decision to disband was made by "general consensus'' before Christmas.

The group had "done its dash'' after achieving what it set out to do, by bringing "decent people'' with diverse views on to the council.

"That was always its intention really.''

Cr MacTavish could not be contacted yesterday, but some other councillors had a different view.

Cr Andrew Whiley said Greater Dunedin members - with help from Crs Benson-Pope and Aaron Hawkins - had block voted on "nearly everything - anything that really mattered''.

Cr Hilary Calvert said the group appeared to have hit "the doldrums of being around awhile''.

"Maybe it's achieved what it intended to achieve, or maybe people are a little bit disillusioned with where it is at present.''