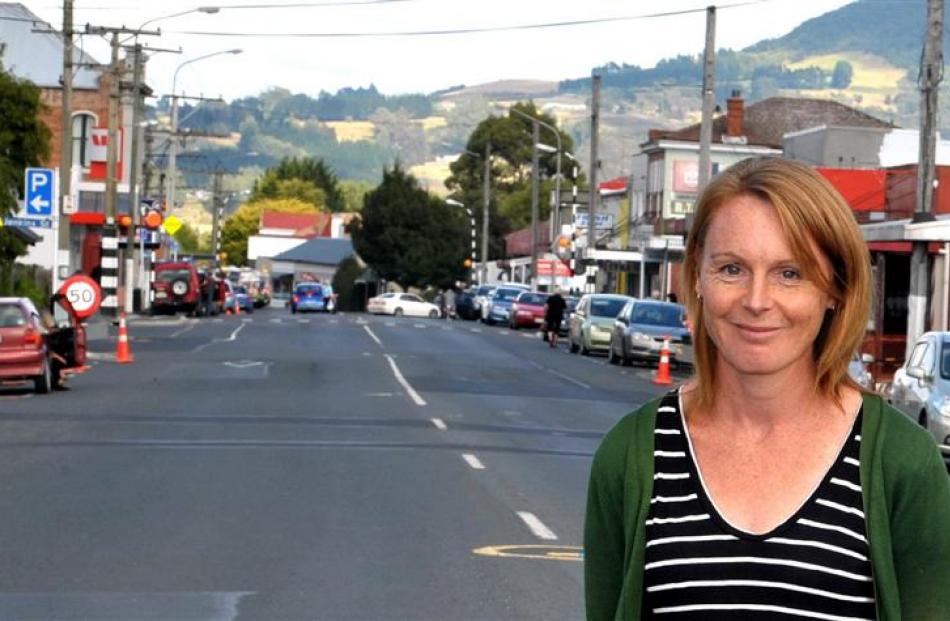 The $240,000 given to enhance the Greater Green Island area is being spent and projects are taking shape.

In August last year, the network was selected for the Government's annual community development scheme and would receive $80,000 a year for three years.

The money would be used to ''enhance'' Abbotsford, Brighton, Concord, Fairfield, Green Island and Waldronville.

Mrs Davidson has signed a three-year contract and works 30 hours a week, from 9am-3pm, Monday to Friday, from an office at Green Island Police Station.

She urged residents of the area to contact her with enhancement ideas.

Mrs Davidson said the shops were ''booming'' and there was only one empty shop.

Businesses had chipped in to establish a community garden behind St Peter Chanel School in Shand St.

The parish donated about half a hectare of land, Kim Rapley Fencing gave fencing, Deane Turner Contracting completed earthworks, Totalspan gave a shed, Nichol's Landscaping gave compost and the use of a tractor, Blackhead Quarries gave materials, including concrete for the shed floor, Impact Roofing and Plumbing was installing a garden tap.

The soil was about to be tested to make sure the food grown was fit for eating, Mrs Davidson said.

People needed to register before volunteering time and being able to ''take what you need'' from the garden.

She had created a new community directory, which listed what was on offer in the area including clubs, organisations and services available.

A copy was available from her office.

The network was working with Foodshare to distribute unwanted food collected from businesses and given to people in need in the area.

The people were referred to the network from schools and medical centres.

''So far we have 15 referrals and we will be looking for volunteers to give up an hour or two to sort food into packages. The more hands the better.''

The Greater Green Island Dog Walking Group had been created and was leaving the police station at 1.30pm on Mondays, to walk to Shand Park.

''All dogs are welcome, every shape and size.''

Sherwood Centre Charitable Trust, a support service in Green Island for people with disabilities with an emphasis on social inclusion and community development, were picking up litter and painting over graffiti in the area.

A neighbours day event was planned on March 29, between 11am and 2pm, at Sunnyvale Sports Centre and would have a ''picnic in the park theme'', with a bouncy castle, sausage sizzle and children's race.

A ''skate jam'' was planned at Fairplay St skate park in Fairfield between 1pm and 4pm on April 18.

''People can bring a picnic, and a rug, and meet their neighbours and have a fun time.''

The network was investigating a fenced toddler playground in a corner of Green Island Memorial Gardens.

Residents could subscribe to the community newsletter ''The Island Informer'' by emailing Mrs Davidson on lyndad@psotago.org.nz.

Presbyterian Support Otago is the fund holder for the network.