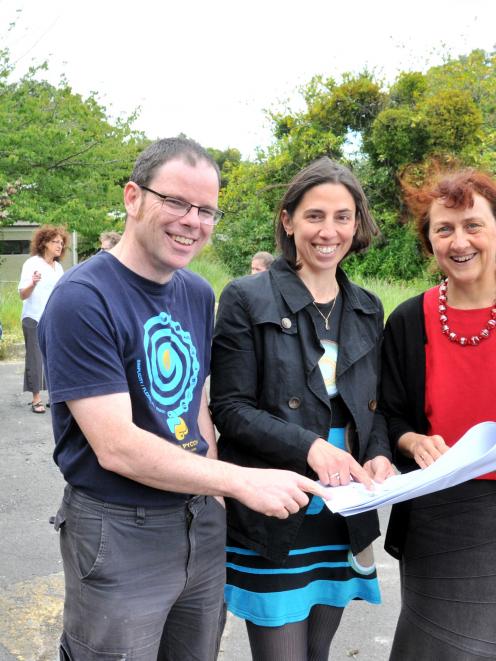 Members of Urban Cohousing Otepoti Ltd, founded by a group of Dunedin families who will own houses in the High St community, were celebrating last night.

Being the first one of its type in the South Island made it harder for the group to get its plans through the process.

''We had to do all the educating.

''Now, we look towards building our future homes.''

No date was set for construction, and the project might be built in stages, Ms Spencer said.

The group would wait for the 15-day appeal period to finish, then ''regroup'' after Christmas to consider the next move.

Under the group's rules, all members will be involved in the design and operation of the community, but each dwelling will have its own title and people will not share finances.

The community could house both title-holders and renters, and it may be that ''ethical investors'' could hold titles and rent the homes.

People wanting to be involved would go through a process similar to a job interview, to make sure they were right for the community.

All must agree to communal rules.

The community would be occupied by ''families and high-fliers alike'' and the houses would be low-energy and terraced.

The council hearings committee said it recognised the community would be ''close, but not closed''.

There would be considerably more houses on the site than the council's planning rules allowed, but in this case the density was thought necessary.

''The proposal is not simply an application for an over-dense residential activity, but the number of units is considered necessary for the success of the co-housing project.

The site also lent itself to the project because of its relative separation, by three roads and the Town Belt, from neighbouring houses, the committee said.

The street-side facades of the proposed housing blocks, which had been the subject of some concern, were considered to be ''in character and scale with surrounding houses, while still achieving a degree of difference and contemporary style''.

The height and set-back of the buildings was similar to, and the design a modern interpretation of, other buildings in the area.

The committee ruled the common house was not to be hired out to non-residents.