By Grant Miller
0 Comments
Reinstating a groyne at St Clair Beach in Dunedin would be a waste of money, a coastal geomorphologist says.

There was not enough movement of sand along the shore for a groyne to be effective in building up the beach, University of Otago Associate Prof Wayne Stephenson said.

Groynes were expensive to build and maintain and such a sand-trapping structure would be an unnecessary additional static engineering installation in the dynamic environment at St Clair, he said.

Any sediment that appeared to have accumulated due to groynes in the past had moved up the beach, not along it, Prof Stephenson said. 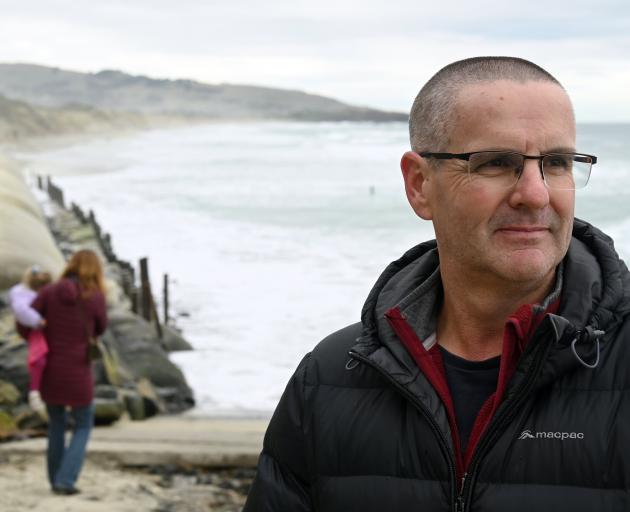 A groyne at St Clair Beach in Dunedin — touted as a technique to build up sand — would not work, University of Otago coastal expert Wayne Stephenson says. PHOTO: CRAIG BAXTER

Dunedin city councillor Jules Radich has been pushing for reinstatement of the line of wooden poles at St Clair Beach and the issue is to be discussed at a council meeting today.

Cr Radich wants a five-year trial of a reinstated groyne.

He has argued groynes installed in 1902, 1921 and 1955 were demonstrably effective, before they were allowed to deteriorate.

He believed sand accumulated along the shore through northeast and southwest swells.

Prof Stephenson disputed this, arguing sand was primarily transported directly to and from the shore.

He said there was not a significant long-term erosion problem in the area and the issue was storms causing damage, but they were followed by gradual recovery.

He was wary of engineering interventions, preferring to allow the coast to be a dynamic environment and "behave the way it wants to behave".