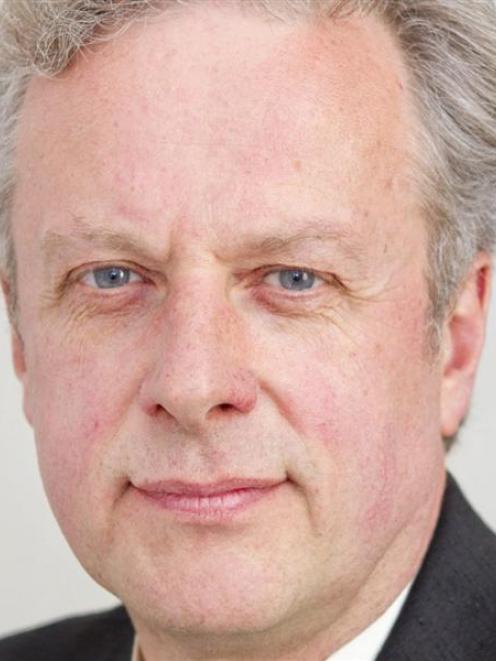 Lee Vandervis.
Dunedin City Councillor Lee Vandervis has slammed the council over its handling of allegations he made three years ago against the man at the centre of a $1.59 million fraud.

Cr Vandervis yesterday released a string of emails he sent to council staff in 2011 detailing concerns about the actions of Citifleet team leader Brent Bachop.

The Deloitte report, released on Thursday, placed Bachop at the centre of 10 years of fraudulent activity which included the sale 152 cars.

Cr Vandervis' concerns come as the lead investigator, Deloitte partner Kyle Cameron, told the Otago Daily Times yesterday it was ''hard to fathom'' how the council failed to pick up on the missing cars.

Asked if he was shocked about the missing cars not being picked up, Mr Cameron said: ''Certainly. It [would] shock anyone.''

That it went undiscovered for so long was down to poor controls.

''Relative to other organisations the controls were weak and they know that.''

It was ''possible'' there had been fraud elsewhere.

''A weaker environment does increase the risk that other frauds have been committed.''

In the emails, Cr Vandervis raised a number of issues about Mr Bachop, including his credit card spending and that he had sold vehicles to himself.

''In case you are wondering, these info requests are not fishing expeditions but responses to repeated allegations from a number of Dunedin businesses, many focused on Mr Bachop,'' he said in one of the emails.

Cr Vandervis said the emails were ''very definitely'' one of the red flags the council missed.

''What it shows is an unwillingness of council bureaucrats to look at their own processes.''

Council staff did look into his concerns, but he was unhappy with the thoroughness of their investigation. For instance, they only looked at one credit card.

Cr Vandervis was also damning of the culture at council at the time of the fraud.

The two previous chief executives, Paul Orders and, in particular, Jim Harland, needed to ''wear considerable responsibility'' for what went on.

''The chief executive at the end of the day is the person responsible for what the staff do,'' Cr Vandervis said.

He was particularly scathing of Mr Harland.

''The legacy of Mr Harland in my opinion is one of a self-serving bureaucracy that has cost Dunedin dear.''

He was ''sure'' historical fraud had occurred in other areas and believed others were involved in the Citifleet fraud.

There was a ''strong temptation'' to ''blame it all on the dead man''.

He also hit out at other councillors.

''I've been roundly censured for wanting to pick up what they consider to be just bad news, which they would sooner see buried.''

The Deloitte report said information supplied in response to Cr Vandervis' emails included ''fabricated'' information put together by Mr Bachop and was critical of the council for not ''independently verifying'' his information.

Dunedin Mayor Dave Cull accepted the council's process was flawed when it came to responding to the emails about Mr Bachop, but said Cr Vandervis had ''zero credibility'' when it came to allegations of other people's involvement and other fraud across the organisation.

''He has made on many occasions allegations against staff of corruption ... and on no occasion when asked would he, or could he, provide any evidence.''

Cr Vandervis and one other person were interviewed by Deloitte and all of the allegations he made about other fraud were found to be ''unfounded'', Mr Cull said.

Mr Harland did not return calls on the issue yesterday.