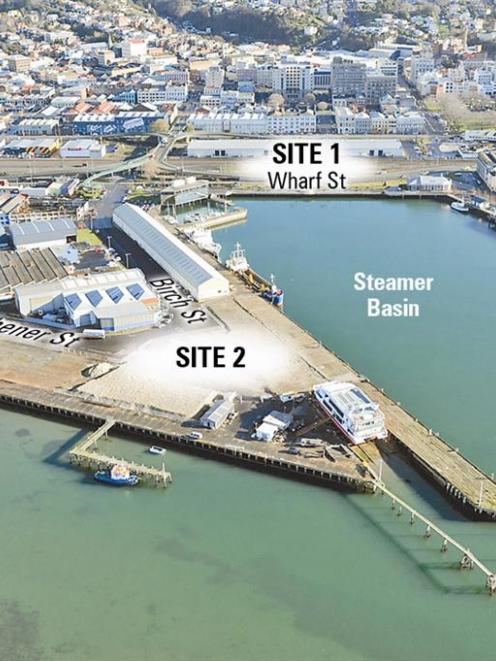 Dunedin's Steamer Basin.
Dunedin's construction, hospitality and tourism industries will receive a substantial boost today with the announcement of a proposed multimillion-dollar development.

The Otago Daily Times understands the announcement involves the construction of a hotel in the city worth an estimated $80 million to $100 million.

The most likely development sites are either at the Steamer Basin, on the site originally ear-marked for a new Otago Regional Council headquarters, or a long-vacant site beside the railway line at the top of the basin.

Asian interests are believed to be involved in the development, which could include unit titles - whereby people buy the title to a hotel room that is then leased out by the hotel operator.

The announcement will be made at the Forsyth Barr Stadium by Dunedin lawyer Steve Rodgers, of Rodgers Law, who is representing the developer.

Plans for the development are expected to start going through the resource consent process today.

The development is set for completion in 2015.

In a statement, Mr Rodgers said the proposed development would elevate Dunedin as a tourism destination both domestically and internationally and would provide significant economic benefits to the city and surrounding region.

However, it was hard work to sell unit titles and unless some funding came from outside Dunedin, the project was unlikely to succeed.

On Monday, the Dunedin economic development strategy was released. Changing the perception of the city as a difficult place to do business was a major goal of the stakeholders, including the Dunedin City Council, Otago Chamber of Commerce and the Otago-Southland Employers Association.

Having a major development start in the city could go a long way to changing that perception, particularly if Asian interests are involved in the project.