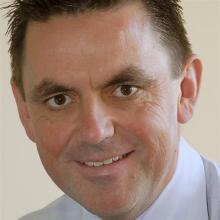 Chris Fleming
The  Southern District Health Board's new chief executive has told MPs he plans to meet the editor of the Otago Daily Times to discuss the "style and the approach'' of the newspaper's health reporting.

Chris Fleming and other DHB heads were before Parliament's health select committee last week for the board's annual review.

Dunedin North MP David Clark asked Mr Fleming about the board's record on transparency, given it appeared unwilling to admit that that week's flooding caused significant leaks in the hospital.

Mr Fleming said he planned to address the issue by speaking to the ODT editor.

The board received more Official Information Act requests than other boards. 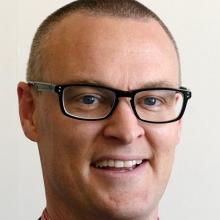 "The highest number of all DHBs, and the significant amount of those come from one person.

"So we are looking at how we build closer relationships with the media.

"I have requested to meet with the editor to talk about the style and the approach, because as part of being open, open is actually being open.

"If you've got an issue, talk to me about it, and I'll talk to you about it, so I'm meeting with the editor.''

Dr Clark pressed Mr Fleming on whether the board was committed to transparency, but Mr Fleming reiterated he was meeting the ODT editor.

In Dunedin, ODT editor Barry Stewart confirmed the newspaper would keep asking questions and holding the board to account.

"The SDHB is a taxpayer-funded body that affects the lives of everyone in Otago. We are their independent voice.

"That is our role in a democratic society that values freedom of the press. We will continue to hold those in power to account.''

The democratic process was "compromised'' in 2015 when the SDHB's board members were sacked, Mr Stewart said.

"Instead of democratic debate among board members representing the community we have government appointees making all the decisions.''

So the solution to SDHB issues is for the CEO and the ODT editor to have a chat and sort things out like a couple of decent chaps. No, the solution to issues is to admit you have issues and then be open to the constituents about measures you intend to take. Public health is no place for an old boys club. The rebuild mob are trying to act like that and it is simply not acceptable to most people.
There is too much sneaky behaviour happening. SDHB is the peoples health body. Dunedin Hospital rebuild with the included withdrawal of services is a public issue. We not only want, but deserve to know the truth.

If Mr Fleming can't handle public scrutiny then he should just go back to wherever he came from.