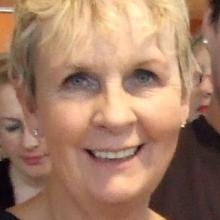 Marilyn Withnall.
Dunedin families with children with intellectual disabilities continue to face uncertainty, despite a change in home-based support provider.

Idea Services, the operational arm of IHC, yesterday announced HealthCare NZ would be taking over the provision of home-based support, saying the move would provide certainty after what had been an "unsettling" time for families.

This comes after IHC announced it was seeking to move out of providing home support, contract board and foster care, but expected other providers to take up the services.

In Dunedin, IHC closed its only respite house, in Wycolla Ave, St Clair, in March.

Former IHC Dunedin branch president Marilyn Withnall, who has a 33-year-old son with an intellectual disability, said yesterday’s announcement would not be of much comfort to families, as the provision of other services IHC was moving away from remained up in the air. This included respite care, foster care and holiday programmes.

Mrs Withnall said these services were vital for families and without them many would be forced to put their children into permanent care, which would be costly for the Government.

She believed IHC’s handling of the situation had been "disgusting" and its focus had shifted away from people and was now all about money.

IHC was in discussion with the Ministry of Health over other providers taking them over, Ms Rogers said.

"We are doing our best to progress things as fast as we can and like with home support our intention is to try to find the best solution for people so they can be supported into other services that work for them."

"We know this has been an unsettling time for people.

"We have assured them throughout this process that we would not move out of home support until people had good options for continued services.

"But we know that families want certainty, and I am pleased that together we can now present them with a secure and quality option," Ms Stewart said.

Many of Idea Services home support staff would be given the option of transferring over to work with NZCare Disability.

NZCare Disability general manager Vicki Stewart said it understood the "anxiety" families had experienced and would be working to make the transition as seamless as possible.

She said any support worker who shifted to NZCare Disability would keep their existing employment terms and conditions.