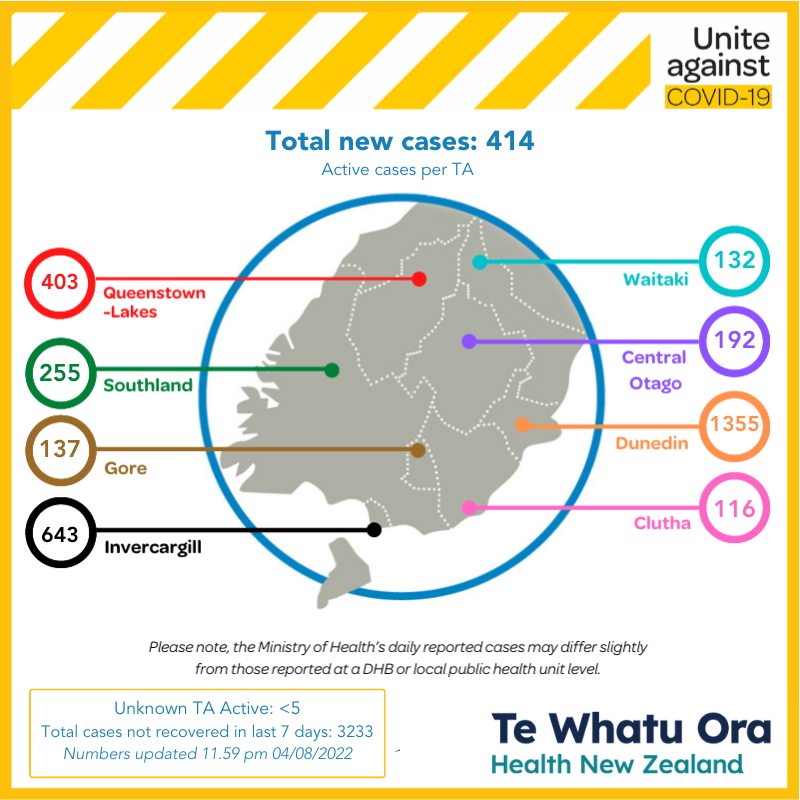 There are 414 new community cases of Covid-19 and five deaths to report in the South.

In a statement this afternoon, the Ministry of Health said nationally there were 5296 community cases and 605 current hospitalisations, including 27 in the South.

Seventeen people are in ICU.

The seven-day rolling average of community case numbers today is 5812, down from 7618 last Friday.

There were 19 new deaths reported today, including five from the Southern DHB area and one from Canterbury.

The seven day rolling average of hospitalisations is 721, down from 796 last week. 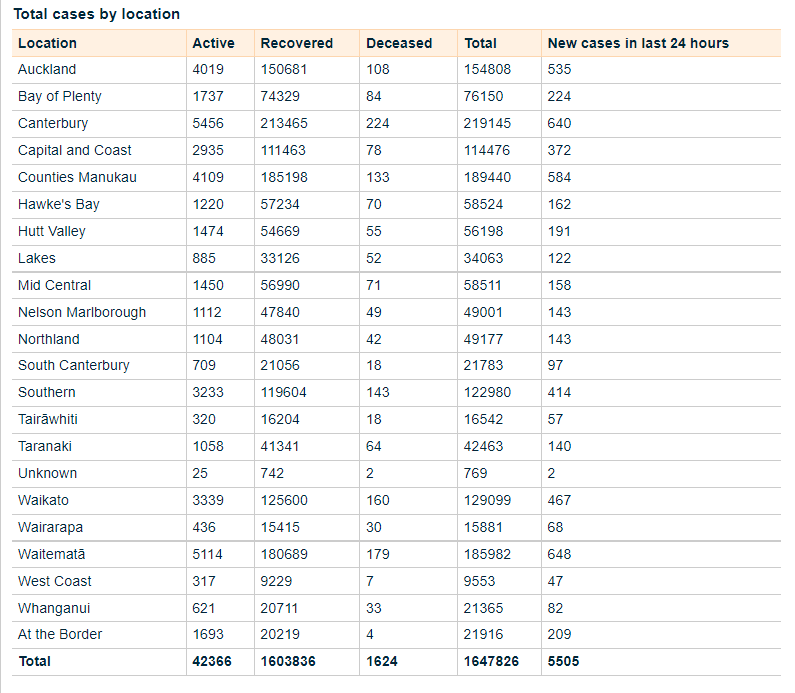 The numbers come as an infectious diseases modeller says there are likely to be thousands of new Omicron cases every day for the foreseeable future - until the current second wave subsides until a new variant emerges.

Auckland University computer science senior lecturer Dr David Welch said unlike the eradication of the earlier Covid-19 variants in 2020 and 2021 Omicron would stay in the community until it was superseded by a new strain.

And despite the second wave having peaked earlier than expected, New Zealand was unlikely to see the virus eradicated or even fall to hundreds of new cases a day. Instead it would "trickle on" in the thousands until the next wave.

"We're not going to get down to those levels. I think it'll be similar to the first peak we had. We had a plateau pretty much and that's what you're seeing around the world. The infection finds people who either haven't been infected before or who have waning immunity and that kind of trickles on.

"There's been quite a lot more people infected in this second wave so the number of people out there who can maintain the plateau is lower. We expect that plateau to be lower this time but it's still in the thousands."

Welch said the plateau would likely be a meaningfully lower than the first wave, getting down to 3000 a day. However, this would all change once a new variant arrived across our border.

"I also expect new variants to arrive at some point and start us up back in the other direction," said Welch.

The name of the game at this stage was to avoid contracting the virus for as long as possible and if you did get it, to avoid reinfection.

Those who had managed to avoid getting Covid were now at a little more risk of getting it in the next wave and people needed to maintain their immunity where they could through boosters, he said.

The vaccine had proved effective preventing infection and transmission against the Delta strain but unfortunately it hadn't been updated to counter the Omicron variant.

This meant we would not be in the same situation where the virus was all but eliminated from the community, he said.