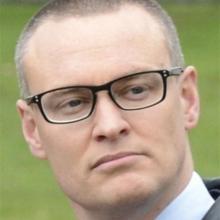 David Clark
The new Dunedin Hospital will be different from the existing hospital, which was built in a past era, Health Minister David Clark says.

Dr Clark said he supports moving more procedures to the community and the South was behind other areas in making that shift.

"Change is needed. The previous hospital was built in response to planning in the 1950s and 1960s and it’s designed to meet need as it was then.

"Services do need to be sustainable, and equally citizens in the South pay taxes just as citizens anywhere else and deserve a level of care that they would expect.

"Services today can be delivered more efficiently and effectively and thereby if you are meeting more needs for the same cost, that’s a good thing ...

"In my view there are other DHBs that have a stronger emphasis on primary care and that leads to better health outcomes ..."

In opposition, Dr Clark blamed the population-based funding model for effectively underfunding the area, and promised a review.

When asked yesterday he said there was a "prima facie case that the model doesn’t work for the South".

Critics of population-based funding say it does not adequately account for the cost of running large rural DHBs. It was not in the Government’s 100-day plan, but the review was on its agenda for its first term, Dr Clark said. He was unable to comment on the $100 million rescue package plea the Southern District Health Board is preparing to make, he said.

Last week chief executive Chris Fleming said while spending money  on the existing Dunedin Hospital was undesirable, it was unavoidable, because it needed to operate for the next seven to 10 years. Dr Clark said there was an application process to work through for the request.

The same thing was said about the new greymouth hospital What you will end up with is a smaller hospital .The new wave idea is take car of people in there own home....this means less hospital beds....sit back and hear the spin.

Can Clarke explain how we are to get enough GPs when many are due to retire in the next few years? Is he going to pump sufficient funding into primary care to support the extra work he wants to shift there? Without sorting these issues he will simply leave us with with a degraded service.