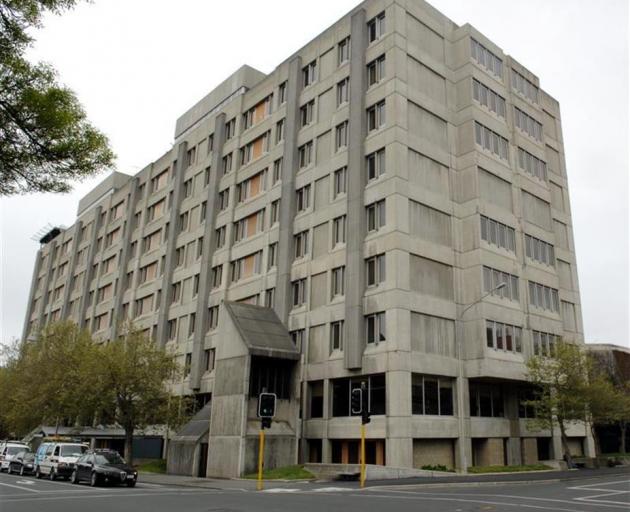 The Dunedin Hospital emergency department has lost its clinical leader and had its training accreditation downgraded.

Acting clinical leader Dr John Chambers has taken over from Dr Caroline Collins, who has stepped down.

Dr Chambers said the department was struggling to cope and needed 10 extra beds and more staff.

The Australasian College for Emergency Medicine has downgraded the ED's training accreditation from 12 to six months.

While the ED can still train registrars as ED specialists, the downgrade indicates serious concern about the department.

Dr Chambers said the downgrade, which had taken effect, prompted much-needed attention on the matter.

``This is a place under great pressure - something's got to give. This formal report [from the college] is just a formal acknowledgement of that.

``One of the reasons [the professional college] has taken this sanction is because they are concerned that the resource issues do involve risk for staff and patients.

``The commissioner [Kathy Grant] does realise that this is a matter of importance and is trying to look for solutions immediately.''

Patients had been ``backing up'' in corridors, and Dr Chambers was surprised they had not been publicly complaining.

The situation was exacerbated by winter illness, but it was a problem throughout the year, he said.

``We haven't been coping for years - that's the honest truth.

Numbers turning up at emergency departments around the country were increasing, partly because of the rise in chronic conditions in the community.

Dr Chambers said the ED could not wait for the long-term Dunedin Hospital redevelopment, and an urgent upgrade should be undertaken now.

``We need an interim plan to try to turn the place around in the building that we have.

``A lot of people are backing up at the front door for some hours at the moment; staff are not happy with it.''

Since then, the unit has had two clinical leaders, Dr Tim Kerruish and Dr Collins, both of whom stepped down over departmental concerns.

Asked how he felt about returning to the leadership role, Dr Chambers said: ``Somebody's got to do it, nobody else wants to do it.''

A disagreement in 2012 over staffing levels saw Dr Chambers' right to speak to the media challenged by the health board, which threatened possible disciplinary action, despite the fact he was speaking as a senior doctors' union representative.

Dr Collins, who is away and could not be contacted, will continue as a specialist in the department when she returns, it is understood.

Dr Millar said the board was addressing issues raised by the college.

``As part of the process we have been asked to look at a number of areas ... including developing a plan for a sustainable workforce, which is a logical and reasonable hing for us to do.

``Winter, as always, puts additional strains on the healthcare system, most visible in emergency departments.

``Clearly, we can build an appropriate facility to meet demand in the future, but there is also a need to improve the way patients flow through the hospital including the necessary facilities, space and staffing.''

``We understand that if they have a reasonable plan addressing the issues they will be reinspected in April 2017 to check progress has been made and the 12 months reinstated.

``Unfortunately, with intensive care unit accreditation also withdrawn, ED training will become unappealing should the DHB not get reaccreditation back to 12 months. ICU experience is required for ED trainees.''

The DHB lost its training accreditation for ICU in late 2014, and is hoping it will be restored when that department's upgrade, which got under way this month, is completed in early 2018.