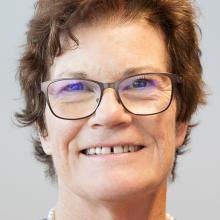 Kathy Grant.
Southern District Health Board commissioner Kathy Grant says she is running a "billion-dollar business" and  won’t  step down over the prostate cancer crisis.

Affected cancer patient Paul Schofield called for Mrs Grant and chief executive Chris Fleming to be removed from their roles this week. It followed chief medical officer Nigel Millar’s admission he feared the life expectancy of some patients might have been shortened by delays treating prostate cancer.

Mrs Grant defended a delay in outsourcing cancer operations to Mercy Hospital until the release last month of an external review of urology.

"The decisions that have been made in relation to outsourcing and ways forward are the result of our having undertaken the review, having considered the review, and taken steps to implement [it]."

She said she was first told about the problem "towards the end of last year". Asked if she knew then lives could be at risk, she said the information did not go into that "level of detail".

"It would be more helpful for us to have that conversation and have a discussion at such point as you have that information."

She was not keen to elaborate on decisions taken or the timeline of events.

"We have been over some of that ground and I think we should bring this conversation to an end."

The board was "learning to live within [its] means".

"Those efficient business-type decisions are not of such a nature that will impact the delivery of patient services."

She could not identify areas in which money was being saved.

"I don’t have it at my fingertips. I would need to come back to you."

Her tenure was a matter for the health minister, and she wanted to continue in the role, she said.

Asked about the lack of public representation at the board, she said: "Those are the present rules of engagement, and that was the minister’s decision ..."

Mr Schofield and five other men waited too long for cancer surgery; it has been performed in the past five weeks. Of a backlog of 100 biopsies, an estimated 25 faced a poor prognosis.

For the amount of money that she gets she should be a great manager and not a failure as her own words attest to." I manage a billion dollar business" (actually a hospital), but I couldn't work out with the help of the drs who know what is going on that people were going to have their lives shortened and others to lose their eyesight. Surely the billion dollars would allow cover for these 2 very important health issues for an example. money might not be in short supply if you weren't paid 1500.00 dollars a day with no medical experience but lots of friends in govt.
Disgusting, and about time we got our own hospital back in to our own management where the health is important, not some 500 million dollar irrigation scheme for a handful of rich farmers. management getting million dollar payouts for poor performance off the council. There's plenty of money it is where it is spread around that decides weather society benefits or a few at the top. Which system are we running? I can't remember when I got a million dollar payout or over a thousand dollars a day as a pen pusher. I work computers and although not as complicated as pen pushers we get nothing like this kind of money.

Good comments rossjerry52.
"The board is refusing to release the internal review until next week" . Why? Oh we have an election this week and it might just affect votes. Public health is not a business it is a service and as such should not be a political football.

Of course she won't resign. whats a bit of embarrassment to collecting $1500 a day to rock up to work. Besides, in any business, there always a few winners and losers, in this case the self serving administrators and the untreated patients. You decide who is who.

I can't wait for Tuesdays announcement from National the new hospital is being delayed another 5 years because the people of Dunedin didn't vote the right way!