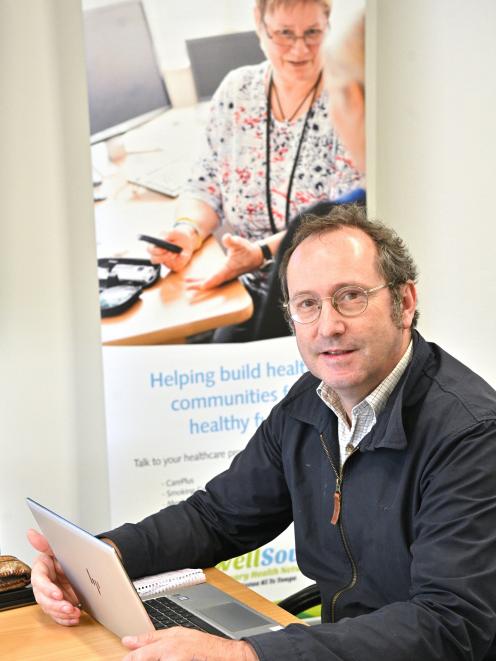 Stephen Graham would like to think Covid-19 has given people a new level of respect for general practice.

Seen by some as the less glamorous side of medicine in comparison with their hospital colleagues, the arrival of a pandemic on our shores had general practitioners and their nursing staff shift from neighbourhood professionals to the frontline defenders of the population’s health.

"We have a lot of effect on stopping it turning into an ongoing emergency," Dr Graham said.

"I think most of us found that a very satisfying time to be involved with the healthcare system and doing things to help in an emergency."

A former partner at the Fiordland Medical Centre and one-time primary health organisation board member, Dr Graham joined WellSouth because he wanted to do more to advocate for both primary care and primary care patients.

His role involved offering a practitioner’s eye view for administrators as to how primary care campaigns such as vaccination drives would work at the coal face, and also bringing a primary care perspective to discussions with the district health board and public health.

Dr Graham — who is about to leave WellSouth after three years as its medical director — had always had great faith in the Southern primary health workforce, but that had been further strengthened during the Covid-19 crisis.

The virus had meant GPs and nurses not only had to find ways to keep their practices open in lockdown but also step up to set up testing stations, often at very short notice.

"Because of the geographic spread of the Southern clusters of the disease, we very much had to rely on practices in individual areas to be doing testing. We couldn’t have pop-ups or workforces heading out to these places," Dr Graham said.

"Wanaka and Queenstown in particular, they understood what was needed at an early stage and we put a lot of effort into supporting them ... it was a joint effort, but I would not underestimate the efforts that those local practices put in."

He hoped trainee doctors would have noted the dynamic role general practice had played during the pandemic and given the sector greater consideration as a career option.

"House surgeons now have to do a three-month run in community medicine, so more of them will be exposed to general practice — evidence suggests that if people are exposed to it that they are more likely to go into it.

"More people are retiring, so more opportunities are opening up."

Dr Graham was leaving wishing there were more GPs, particularly in Southland, but with hope initiatives such as a proposed WellSouth general practice clinic in Invercargill might help.

He also hoped the recent move of many practices into the more expansive healthcare home or healthcare hub model would help manage the South’s high doctor-patient ratio.

"The overwhelming majority of practices that have gone into healthcare homes are happy with the change and believe that it has allowed them to manage larger groups of patients well and improve the quality of treatment," Dr Graham, who will remain available to WellSouth on an advisory basis if needed, said.

"I don’t think that it necessarily is for everybody, I don’t think you have to be in healthcare homes to deliver good general practice, but it has definitely had a positive impact."

Dr Graham and his wife, who is also a GP, had started a practice to care primarily for aged residential care patients, and he was leaving WellSouth to help expand that business.

"My passion has always been working in clinical medicine. To me it’s a great thing to be able to do.

"While working in this job I always did a lot of clinical medicine, probably at least four-tenths equivalent, sometimes after hours, because I’ve been working normal hours and I’ve also locumed in rural Southland and rural Otago, although not so much in the last year and a-half.

"I’ve always enjoyed it and it gave me better insight, I suppose, into what is happening inside practices. It’s always good to walk inside other people’s shoes for a while and see what they are actually dealing with."