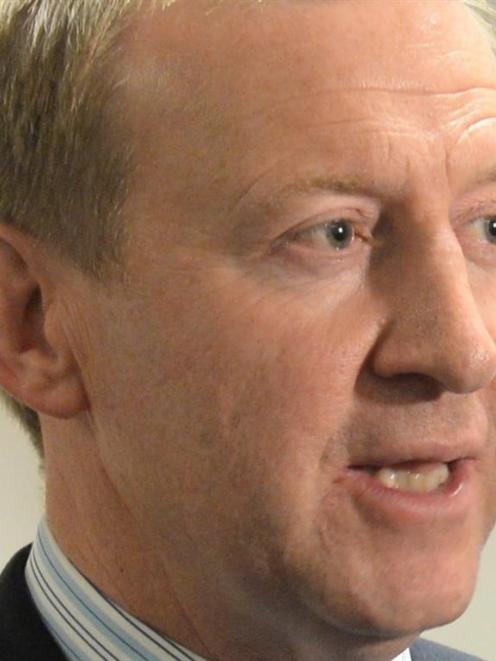 The qualified assurance, conveyed by a spokeswoman, follows the release of a Dunedin Hospital rebuild plan that says the new hospital should be physically configured to focus on generalist rather than highly specialised care.

It has raised fears over the future of neurosurgery in Dunedin, which was saved by a public campaign in 2010.

Up to 10,000 people attended a protest march in Dunedin, more than 31,000 people signed an Otago Daily Times form letter, and more than 55,700 signed a petition.

A subsequent fundraising effort raised $3million to endow an academic chair in neurosurgery at the University of Otago.

This week, Dr Coleman confirmed he stood by his comments last year when he said people would be "loath'' to see a repeat of the neurosurgery "wrangle''.

"It will mean sitting down with the neurosurgeons as a group, and saying ‘if we're going to have a 28-bed ward, and we're going to share it with vascular surgery, what are the sort of things we require from a neurosurgical point of view?'.''

Wards would be configured for flexible use, and that was a challenge for some doctors.

"What clinicians dearly like is everything of their own around them at their finger-tips.

"If you've got a lot of little highly specialised units, you've got a tremendous amount of duplication of services, and equipment, and staff.''

Association of Salaried Medical Specialists executive director Ian Powell said there needed to be more information about the proposed generalist wards to know what services they could support.

Asked if he believed Dunedin Hospital would be downgraded, Mr Powell said, "I think that remains to be seen.''

The report viewed hospital doctors and the medical school through a "negative lens'', and that was disheartening.

"People are rightfully concerned. The concerns might not materialise, but the language being used does not create a sense of ease,'' Mr Powell said.

Dr Coleman's statement says the hospital rebuild plan was in its early stage.

"We look forward to being able to discuss the details of the redevelopment once they've been confirmed.

"Whilst I cannot pre-empt the good work being done that will outline the future configuration of Dunedin Hospital, what I can say is that it's highly unlikely that neurosurgery or stereotactic will be affected,'' Dr Coleman said.

Dunedin is the national centre for stereotactic radiosurgery, a radiation procedure that involves a neurosurgeon's input.