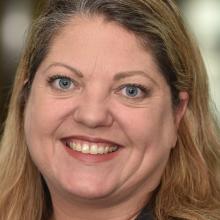 Lisa Gestro
At least one emergency locum midwife will be installed in Wanaka in April, while a district-wide solution to the midwifery shortage is being addressed.

Southern District Health Board executive director of strategy, primary and communities Lisa Gestro confirmed yesterday interim locum support would be provided. An emergency meeting was held in Queenstown on Tuesday between the health board and New Zealand College of Midwives.

"Interim locum and other support for community midwifery services in Wanaka are being finalised. However, locum support will be in place by early April to ensure ongoing maternity cover in the community," she said.

Wanaka midwife Morgan Weathington, who earlier this week announced she would be leaving her job due to it being unsustainable, attended the meeting  and said two locums would be provided by the health board.

She also said the health board outlined a district-wide long-term solution to the shortage of midwives.She said the  Primary Maternity Services Project aimed to put services into the areas that have difficulty providing service.

However, she said the community should not stop campaigning.

"I don’t think we should step back and say ‘great, we fixed it’ because it’s not here yet."

A group of Wanaka women organised a meeting last night  to discuss  ways to help midwives.

Organiser Jo Stuartwas delighted the health board had committed to establishing a hub in Wanaka.

"Queenstown’s got a hub, Alexandra has a hub, we don’t have a hub. We don’t have enough midwives to cover the pregnant women that we do have here and it’s putting pressure literally everywhere. It’s fantastic [ the DHB is funding a hub]."