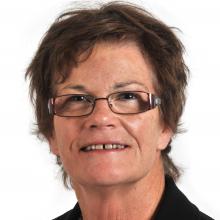 The Government is planning a hospital redevelopment potentially worth more than $1billion,  and there are no elected representatives  to influence the project because the board was sacked. Mrs Grant said the SDHB’s relationship with the Ministry of Health was no different than if an elected board was in place.

"I’m not sure what additional dimension the existence of a traditional board would necessarily bring to that relationship."

She acknowledged the situation was unusual.

"Southern is truly unique on a whole variety of fronts," Mrs Grant said.

Appointed when the southern board was sacked in 2015, Mrs Grant would serve until 2019. She said she would be advocating for the best possible outcome.

"I wouldn’t like there to be any suggestion that because I am appointed by the minister that I was going to fall short in any way of that objective."

The official spokesman for the project is rebuild governance group chairman Andrew Blair, a Hawke’s Bay consultant.  Mrs Grant declined to give a view on whether the Government ought to appoint a southern spokesman or woman.

"That’s a matter that the minister has determined. I am not here to second-guess the minister.

"That is the minister’s decision and those are the rules of engagement."

Mrs Grant said she understood there would be an announcement about the rebuild "prior to the election". The hospital rebuild is shrouded in secrecy as the Government prepares to make an interim decision on its scale and cost.

The Otago Daily Times has been told by a contact, who would not be named, that the Cabinet would consider three options outlined in an indicative business case, the most expensive of which costs more than $1 billion. After that decision, the rebuild governance group and the ministry would look at where to build and whether land needed to be acquired. It is understood the governance group does not have authority yet to acquire land.

A group of southern doctors on a rebuild advisory panel were shown the indicative business case last month, but financial figures were blanked out.

Mr Blair told the ODT this was appropriate.

"The clinical leadership group has been instrumental in developing the models of care which inform the redevelopment of Dunedin Hospital.

"The members viewed options without the financial details which are confidential until approved by ministers.

"However, core members of the executive team of Southern District Health Board reviewed all information and produced financial information to support the business case," Mr Blair said.

The only Dunedin member of the rebuild governance group, Richard Thomson, declined to comment when contacted. The Ministry of Health and Health Minister Jonathan Coleman have cited the upcoming decision to withhold key documents requested by the Otago Daily Times, including routine progress reports from Southern DHB that are usually released.In recent years, the Government has appointed the ministry and a governance group to control hospital builds, and in Christchurch this led to serious tensions with the DHB.

"I think there are learnings from that relationship in Canterbury that we all have the opportunity to reflect on," Mrs Grant said.