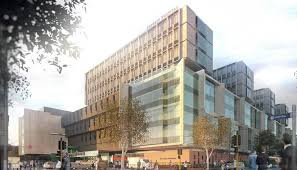 Photo: supplied
In the second of three articles by  Pete Hodgson, chairman of the Southern Partnership Group, which is overseeing the construction of the new hospital, he answers 10 commonly asked questions about the new Dunedin Hospital. Any views expressed are his own.

Are we really going to get a new hospital?

A. Yes, really. There were several years where there was considerable political debate and therefore political risk. Those days are gone. These days the only conceivable risk is a calamity that dramatically diverts New Zealand's capital expenditure, such as a tsunami or another big urban earthquake. 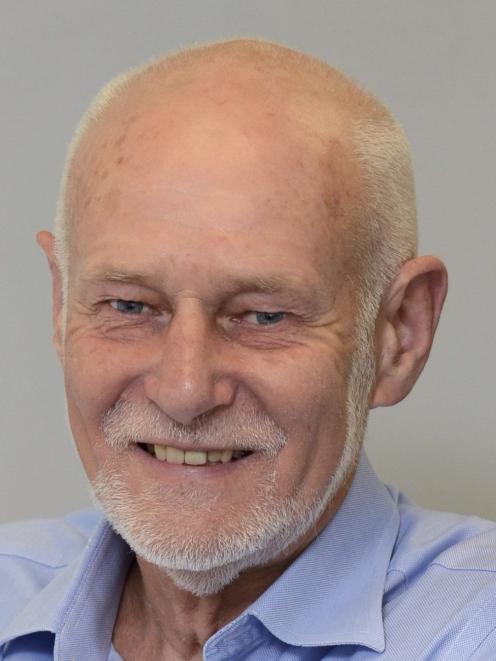 When will I see any physical action?

A. Geotech drilling is happening now. About the first week of next March the construction phase begins with demolition, all going well. Then ground decontamination and preparation. Then horizontal services like drains and electricity cables. Then foundations. Only then does the first building come out of the ground.

When will the hospital open?

What will happen to the current hospital?

A. That is outside of scope of the new hospital project but here is a PERSONAL view: I think the clinical services block on the one-way system will be demolished. It leaks too much and it has too much asbestos. It would be about 60 years old by then.

The ward block has a lot of useful life left, though not as a hospital. The reason is that in a big earthquake it would cease to function and it would be full of sick, immobile people. But the building would not collapse. If it is used in the future to house students, academia or business then building failure wouldn't much matter because people can walk away. Plenty of other buildings in Dunedin would remain standing but stop working.

Can I get a job on the build?

A. Yes but soon, not right now. We are going to have a serious labour shortage, and it will be across multiple skills; trades, transport, management, administration, security, supervision, unskilled labour, skilled labour, safety and on it goes. There are many training programmes and initiatives planned to start or expand. From about next April we will know which skills will be needed when, not just for the hospital, but for Otago and Southland as a whole. We will have a forecast till about 2035, well beyond the completion of the hospital. It will almost certainly show that our region will experience a long, slowly burning boom.

Where are the workers coming from?

About another third can be found and trained from within our population. That is where a lot of effort and co-ordination is called for and where a lot of planning has already occurred. We will be hearing a lot more about local training as time goes by.

The remaining third are likely to be from out of town and will be needed in particular to manage the four or five years of peak activity, say 2023-27, when there may be a total of 900-1000 people involved. That has implications for housing and accommodation, also being planned for.

These are all rough estimates at this stage, but they give an indication of how it might all fit together.

Will Dunedin companies get any work out of this?

A. That's the hope. There will be many construction contracts, starting with demolition. All contracts will likely involve subcontracting. Some out-of-town locals might be able to pick up work too, building modules or components. The main tender documents will place emphasis on training, arguably giving local companies a bit of a head start. That said, quality will matter a lot, as will price. Local companies will need to clear those hurdles to win work. Local companies know all this; they have all been given briefing opportunities and most of them have responded keenly.

Will there be much disruption, for example to traffic?

A. Yes, that seems likely. Of course, there are many ways to mitigate traffic congestion as well as noise, dust and vibration. But it is inevitable that our city will be disrupted. There's no avoiding it.

How many car parks will there be?

A. Not yet sure. The indicative business plan allows for a total of 250 car parks. Nor is it clear where they will go. They might be in the basement of one or another building or they might be on land set aside for future use, such as a new oncology centre. We will not get a consent unless we allow for an appropriate number of car parks. Equally, we need to remember that within the lifespan of this new hospital the need for car parks will reduce, because autonomous vehicles will be part of the transport mix.

Is the physio pool safe?

Question?...Considering the lack of vehicle parking in Dunedin, (due entirely to the DCC's mania for cycle lanes and concrete barriers) would it be not be wise to use the demolished clinical services building site, for a single or multi-story car park?

Given the new hospital build will generate a tiny 250 car parks for visitors, staff and public use, it would seem a common sense approach.

Of course, the only fly in this ointment, would be a council determined to eliminate cars entirely from our roads.