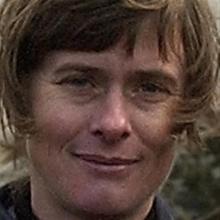 Heather Bauchop.
The Southern District Health Board has praised a Dunedin City Council planner for recommending the physio pool not be protected under the city's new planning rules.

The DHB has argued against Heritage New Zealand's call for it to be included for protection on the Second Generation Dunedin city district plan (2GP) heritage schedule, saying the site may have to be used as part of hospital redevelopment plans.

A report by Heritage New Zealand adviser Heather Bauchop calling for the pool to be included in the 2GP's list of scheduled buildings said the building, constructed in 1945 and 1946, had national heritage significance and ''social significance'' as the centre for physical recovery for a significant sector of the population.

''It was the first purpose-built pool for the rehabilitative treatment of patients in New Zealand,'' she said.

In a list of revised recommendations to the 2GP panel, which has final say over what gets into the plan, council planner Emma Christmas stuck with her earlier recommendation not to include the building in the schedule.

The revised recommendations, which were released to the Otago Daily Times yesterday, took into account the verbal submissions made earlier this month on proposed rules aimed at protecting the city's heritage.

''The Southern DHB supports the planner's recommendation to exclude the pool from this schedule, given the uncertainty of future requirements for the site in the context of a potential redevelopment of Dunedin Hospital.

''Work on the indicative business case for the redevelopment has begun only recently, and options, which could include a major redevelopment utilising a large area of the existing Dunedin Hospital site, have not yet been developed,'' Ms Adams said.

For this reason, the DHB sought to maintain ''maximum flexibility'' as options were developed and evaluated.

''We understand the public interest in the pool and will continue discussions with the council, Therapeutic Pool Trust and Heritage New Zealand as the project proceeds.''

Rather than add it to the schedule against the SDHB's wishes, Ms Christmas originally recommended the council work with the SDHB ''through the hospital redevelopment process to secure appropriate protection in the future''.