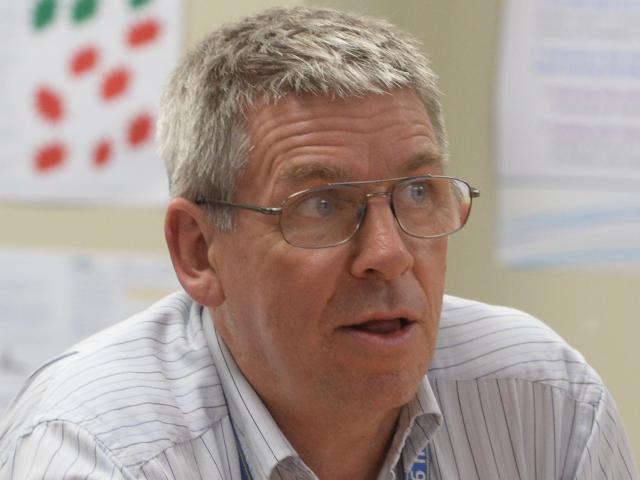 Nigel Millar
People need to be aware Southern District Health Board hospitals will have a limited capacity to deal with severe Covid-19 cases should the disease eventually begin circulating in the community, board chief medical officer Nigel Millar says.

He saw the risk of a major epidemic as low, but if there was one, the board would not want people with mild to moderate symptoms turning up at hospitals.

The SDHB has 22 negative pressure rooms — 13 in Dunedin, eight in Southland and one at Lakes District Hospital, Queenstown.

It has 113 single rooms with bathrooms which it could use in an outbreak, 73 of them in Dunedin, 39 in Southland and one in Queenstown.

Korea and Italy had ‘‘run into problems’’ because so many people went into hospitals which filled up quite rapidly, exposing other patients and staff to the disease.

Dr Millar was commenting on the Southern situation following the DHB’s monthly meeting in Invercargill this week.

There, chairman of the board’s hospital advisory committee Dr David Perez said a committee discussion on the possible impact of Covid-19 on the hospital service had highlighted that capacity to deal with severe cases was very limited.

He saw a need for some communication with the public on that so they had clear expectations about what could be delivered.

It is understood the committee discussed this issue in its closed session. Dr Millar said in New Zealand the emphasis was on good primary care, remembering that it seemed for most of those who contracted Covid-19 the illness had not been severe.

In the event of an outbreak, people who did not have severe symptoms were better off managing at home than turning up at hospitals where there was a greater risk of the disease spreading. However, he felt the hospitals would ‘‘do better than the cruise ship’’.

It had to be realised that the ability to deal with large numbers of people would be constrained by the hospitals’ physical and staffing capacity.

The board’s intensive care unit capacity at any time was ‘‘full or close to it’’ and although the board could cancel elective surgery to free up some ventilators, too many patients would put the hospitals in a ‘‘very difficult position’’.

Some of the negative pressure rooms, used to isolate patients, were very good but others were not up to modern standards.

Anybody who had come back from a country where Covid-19 had spread, such as Italy, and who thought they might have the main symptoms, fever and a cough, should phone Healthline on 0800 358 5453 and seek advice on what to do next.

Just turning up at a general practice, after hours service or ED without checking first was not advised because those dealing with someone suspected of having the illness would need to be prepared and protected from possible infection.

For the community generally, practising good hand and cough hygiene was recommended.

This meant washing hands for 20 seconds — long enough to sing Happy Birthday twice — and drying them thoroughly, and coughing into your elbow, a tissue or a handkerchief.

In a worst case scenario, we would hope Government resources would be diverted to deal with any epidemic. For example, co opt private facilities, fit out buildings for hospital care, employ extra staff and cancel the taxpayer funded Americas' Cup.

“However, he felt the hospitals would ‘‘do better than the cruise ship’’.
Every cabin on a cruise ship has a bathroom!
They are all well ventilated and warm.
The laundry facilities are fantastic.
The crew is well trained.
They all have medical facilities.
They have fantastic kitchens, that provide a vast variety of delicious food.
A cruise ship would make a fantastic hospital facility with very minor changes.
Dr Millar and other medical administrators need to think beyond their hospitals if this virus gets out of hand.

Jacinda calling that the country is in good shape to deal with this. Yeah quite see through that it is calming the masses talk.

Our public hospitals have limped along for years.

Perhaps coronavirus will be the disaster - because even at 0.5% fatalities that's 25000 dead in a full NZ epidemic, do the maths - to finally make our society realise that the idiotic combination of open borders and full-to-the-last-bed medical "care" has made us sitting ducks, pointing the barrel squarely at our own noses.