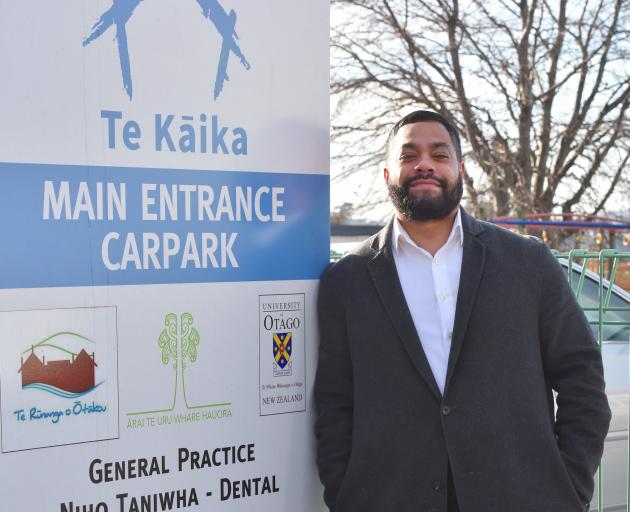 "I’m very excited about coming in to this role and being able to progress our wider vision of Ngai Tahu in Dunedin around oranga, around wellbeing, around whanau and community ...

"It has never been about the who, it has been about what is the kaupapa," Mr Matahaere said.

Under his leadership, Te Kaika developed its vision of providing health, welfare and wellbeing services at a one-stop shop, and rapidly grew its number of enrolled patients.

Te Kaika further demonstrated its worth by setting up the South’s first Covid-19 mass vaccination centre, and also established testing and vaccination sites in Oamaru and Queenstown.

Mr Laurence could not be contacted.

Mr Matahaere said he had returned north to be closer to whanau.

"Albie was an amazing CE while he was here.

"He built this from the ground up with Donna and Matapura [Ellison, also a Te Runanga o Ngai Tahu representative], and change is always good," Mr Matahaere said.

Last year, Te Kaika unveiled ambitious plans for a community wellbeing hub to be built on its College St campus.

Mr Matahaere said the development was still on track.

"We will have more to say about that in the coming weeks."

Mr Matahaere said that the impending reform of the health system offered an organisation like Te Kaika ample scope to deliver its plans to care for its community.