Too important to be political football 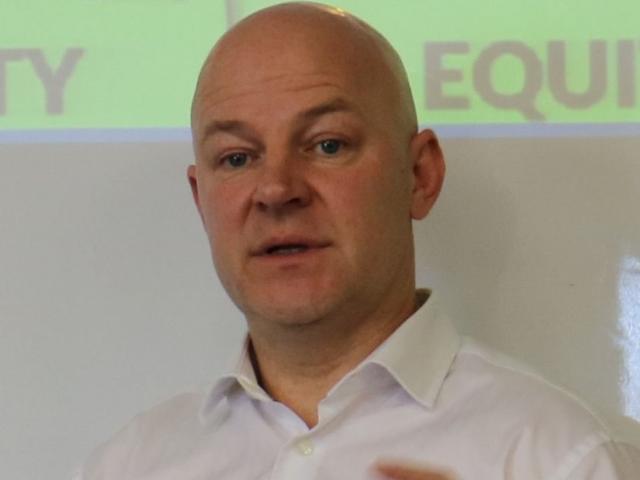 Matt Doocey
The Government Inquiry into Mental Health and Addiction had a special plea to politicians in its 219-page report, released yesterday.

''Mental health is too important to be a political football,'' it urged, recommending a cross-party working group on mental health.

Those pleas seemingly fell on deaf ears, with National giving the ''football'' an almighty boot within three hours of the report's release.

Other political parties issued statements which emphasised doing more to support people with mental illness, or the need to take a compassionate, health-based approach.

National's mental health spokesman Matt Doocey, on the other hand, got the ball rolling with ''these were all provided for in our $100million fund which should have been supporting New Zealanders' mental health for almost a year'', before crossing with ''given that a number of the recommendations follow the approach National was taking, the previous comments by the Health Minister that he will accept all recommendations in the report are welcomed.''

Mr Doocey then finished off the move with ''With the government periodically doling out a $3billion regional slush fund surely it can prioritise funding to support the mental health of New Zealanders now?''

The Waimakariri MP is nothing if not consistent - these moves have been well practised on the training pitch.

As Mr Doocey pointed out, National has previously called for a cross-party working group on mental health.

Having had their kick about, it remains to be seen whether our politicians merely talk a mean game or if all parties can play a good, clean contest with no fouls.

The Government’s Inquiry into Mental Health and Addiction report was released yesterday, with 40 major recommendations. The Otago Daily Times asked people involved in the mental health field in the South for their views.

“I have mixed feelings − some things I pointed out to the panel when they met with us I don’t see in there, but I do see other things we did raise.

“What I am most concerned about is the 20% suicide reduction target . . . a zero suicide philosophy would have been good.

“They need to put the best possible care in place: they would do that on a building site, they would make sure that no accidents happened, why don’t we have a healthcare system which has those systems in place?”

“New Zealand’s mental health and addiction issues are complex and challenging and intersect deeply with underlying causes such as poverty, homelessness and social exclusion.

“We are impressed with the outcome of the inquiry and the team's ability to capture and reflect the voices of individuals, families and communities in a compelling way.

“Their report maps out a clear direction for the Government to take.”

“This report is too important to sit on a desk in Government gathering dust: we need legislative change and this won’t work in the long-run unless we get political consensus.

“The Government’s response won’t work if it’s just tinkering: structural reform of the systems for health and social support are required.

“This inquiry touched on this and called for a whole of government approach to address social determinants, but deferred to the Health and Disability system review to take this forward.

“We need one single system to help people if we are going to make a difference, integrating the functioning of the systems won’t work.”

“The single most important theme is that of leadership.

“Mental health and suicide prevention in New Zealand have suffered badly from a lack of coherent leadership with the ability to influence: this has been a major contributor to where we now find ourselves.

“However it is translated, through institutional structures such as a commission and offices, it is imperative that the new leadership is characterised by a compelling and visionary leadership style, diversity, compassion, and a deep familiarity with the challenges brought by the state of the scientific evidence.”

“It’s really heartening to see the inquiry recommendations that promote mental health should be primary health based.

“In my view there is little future role for DHB-employed services other than quite small inpatient wards: things like the community mental health teams and other ‘specialist’ services would be effective if locally based and funded.

“The people are needing an approach that is beyond pillows and pills: I see the inquiry recommendations as making that possible and hopefully will give the Southern DHB that nudge it sorely needs.”