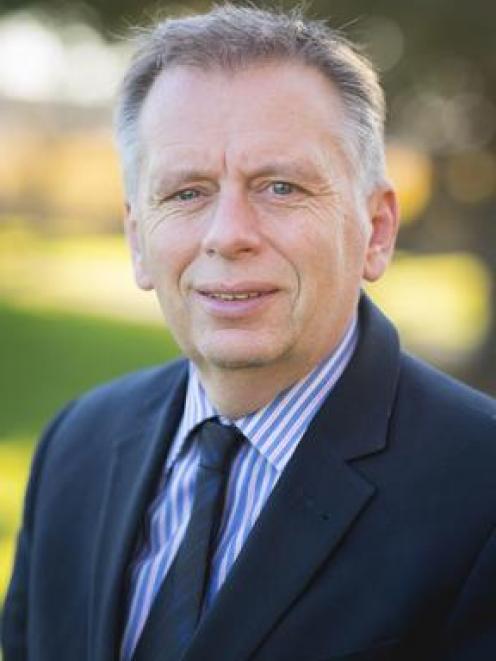 Nigel Trainor. Photo: RNZ
Almost two years after it was meant to be completed and able to open its doors to patients, the much-delayed Dunedin Hospital intensive care unit upgrade might finally be on the way towards being commissioned.

The 10-bed ward, a companion facility to an already operational-12 bed unit, has languished unused for many months due to serious and seemingly insoluble issues with the building’s ventilation system.

The Southern District Health Board has been in negotiations with lawyers, engineers and contractors for several months to try to resolve the new unit’s ventilation issue, one which has become more pressing with the advent of the Covid-19 pandemic.

Board finance executive director Nigel Trainor said a remediation plan for the heating, ventilation and air conditioning system of the $14.8 million project had been drafted, which it was hoped would enable to the unused part of the ICU to at last be opened.

"This plan is currently with the building contractors to price and plan timeframes for, with the aim of opening the new ICU as quickly as possible."

The plan could bring to a close a project which has been dogged by problems from the start.

Architects and engineers have found the aged clinical services building a difficult facility in which to insert a state-of-the-art ward, and ventilation issues also delayed the opening of the first stage of the development for several months.

To meet modern requirements, the ward needs to be able to have its air changed 14 times an hour, but the vintage air conditioning system in the building has struggled to achieve that without regular drops in pressure.

At the height of the first wave of the Covid-19 pandemic, the SDHB reached an agreement with the Dunedin City Council for a temporary consent to open the ward for patients if needed.

Mr Trainor said that consent remained in place, should the ongoing Delta outbreak require Dunedin Hospital, as planned, to take in Covid-19 patients from around the southern region if need be.

"In the interim, SDHB has plans to open the floor with portable air scrubbers, disinfection lamps and portable air extraction systems if the demand in the hospital warrants this," Mr Trainor said.

Finally, a little common sense!
What I would like to know is, how many 100s of thousands of $ was wasted until this great leap forward in dealing with reality was wasted?
The only winners in the stupidity of trying to shove a round peg in a square hole was been the bureaucrats, consultants and lawyers. The losers are taxpayers and those that required ICU treatment.
One of the great benefits of Covid is that it has displayed for all to see how poor our health services actually are.
For decades we have known that a 'bad flu season' stretched it to its limits. Now we have spent 10s of billions of $ protecting a system that is not fit for purpose. It's under-staffed, buildings are outdated, medicine approvals are slow and restricted, staff carry the incompetence of management and are often stressed to breaking point.
This sad state of affairs has come about because our political types and elites now focus their energies of culture and identity rather than best medical practice.
The focus on culture and identity over competence and merit DOES NOT provide better outcomes for the population. Being nice but wilfully blind to this fact will result in the hole we are in getting deeper.