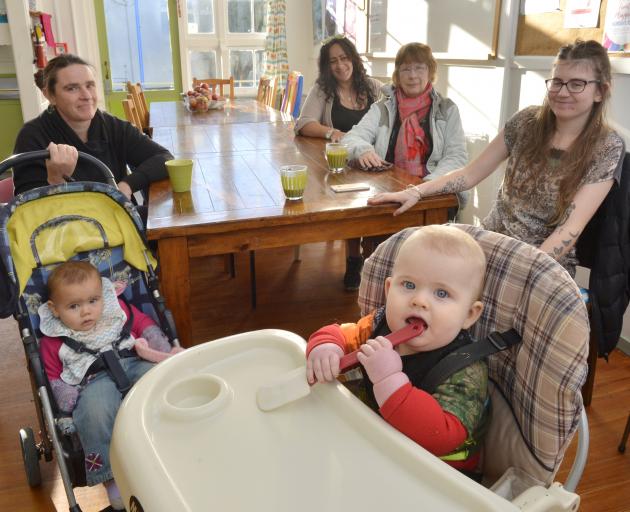 The decision, confirmed by Methodist Mission chief executive Laura Black this week, meant the hub faced possible closure by July 1 unless a financial "rescue package" could be found.

And even if extra funds were secured, it was unlikely all the hub’s services could be saved, she said.

"We don’t imagine that we’ll be able to replace all of the lost funding. So if we do find a package that helps us move forward, we’re going to have to change the service. We’ll have to cut it down in some way."

The hub, launched at the former Forbury School site following its closure in 2012, was operated by the Methodist Mission, which employed six-part time staff to run it, Ms Black said.

It provided a "one-stop shop" for government and non-government agencies and programmes supporting young children, parents and the wider community.

That included everything from parenting and postnatal depression support groups to a Korean playgroup and creche, as well as other services, which attracted 10,000 visits a year, she said.

However, the Methodist Mission was informed last week Te Putahitanga o Te Waipounamu, the South Island commissioning agency for Whanau Ora, had decided not to renew its annual contract to fund the hub.

The Methodist Mission was already in discussions with other potential funders but would not know the outcome until June at the earliest, she said.

In the meantime, consultations had begun with affected staff.

Sara Malcolm (27), who has four children aged under 7, said she used the hub every week and its closure would be a big loss.

"It’s just as much about the kind of supportive social connections as the skills and all the other things that come with it.

"It’s going to be pretty devastating because there’s nothing that’s going to fill in that gap."

Sue Bell (71), who moved to Dunedin from Christchurch three years ago while still mourning the death of her partner, said the hub had been "my saving grace".

"It pulled me out of myself and I was able to join up with the craft session. I really enjoyed it and I made new friends.

"It would break my heart; it would be like some of my heart being taken away, if they closed it. It does a lot of good in the community."

Te Putahitanga chief executive Helen Leahy stressed the funding change was the end of a fixed-term contract, not a funding cut.

Whanau Ora’s commissioning contracts sought to help new initiatives supporting whanau to get established, "but then the onus is on our entities to be sustainable", she said.

"Part of the philosophy behind commissioning is that we are not looking at a long-term reliance on any one funding source."

Asked if she was concerned the hub now faced possible closure, Ms Leahy said the onus was on government departments, and other funding bodies, to support "good initiatives".

"We’re not going to replicate what government departments should be funding."

124k?
Not renewing this is a joke.
Won't spend money on this yet will spend 100k+ a year to house and monitor a paedophile in the community.
Talk about priorities getting mixed